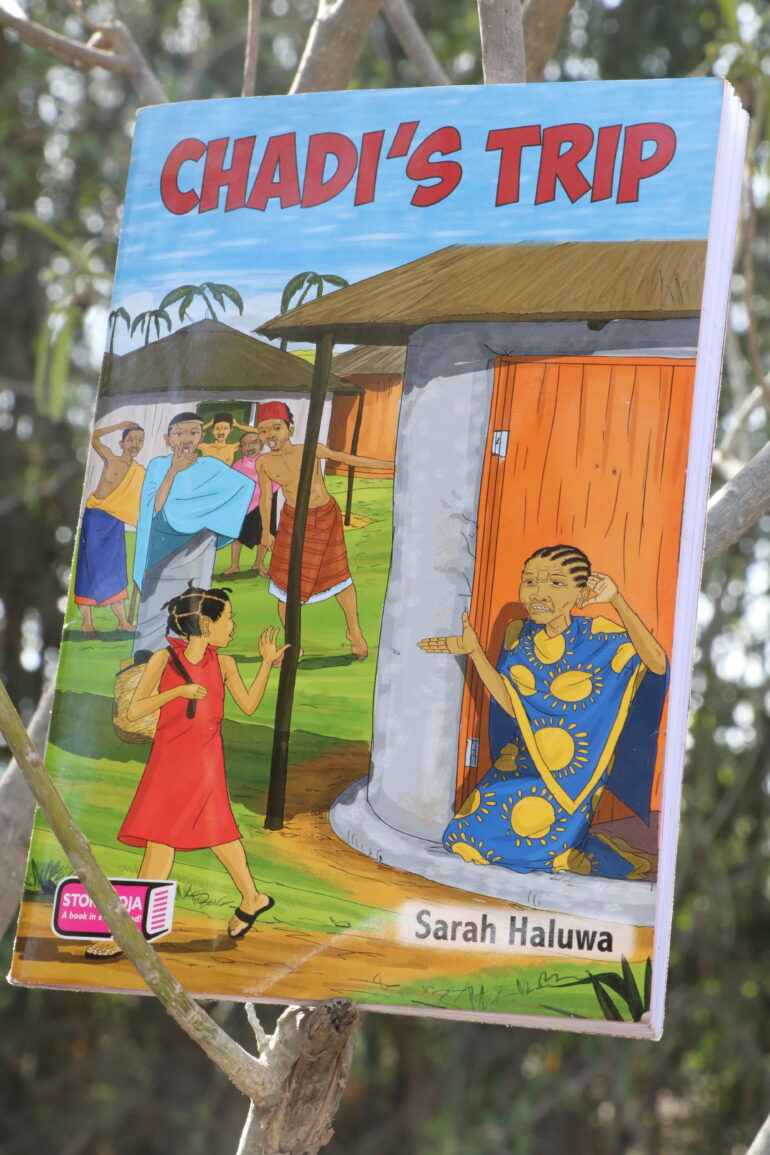 The village of Kalole is faced with a deadly plague; Shaka Risha. Anyone who contracts it, most likely ends up dead. The whole village is worried; there is no knowing who will catch the deadly ailment next.
The village oracle announces that the cure can only be found in the forest, where spirits live. The bravest warriors, led by chief’s son, are dispatched to the forest to get the antidote, but they fail to return.
Another group is sent to the forest and they, too, fail to return. The very thought of venturing into the forest petrifies everyone in the village, yet the plague is still claiming its deadly toll.
When no one else is willing to go for the cure, little Chadi volunteers to go to the dreaded forest.
Will she make it where even the brave warriors failed?
You can only get the answer by reading Chadi’s Trip, a children’s book written by Sarah Haluwa and published by Storymoja. 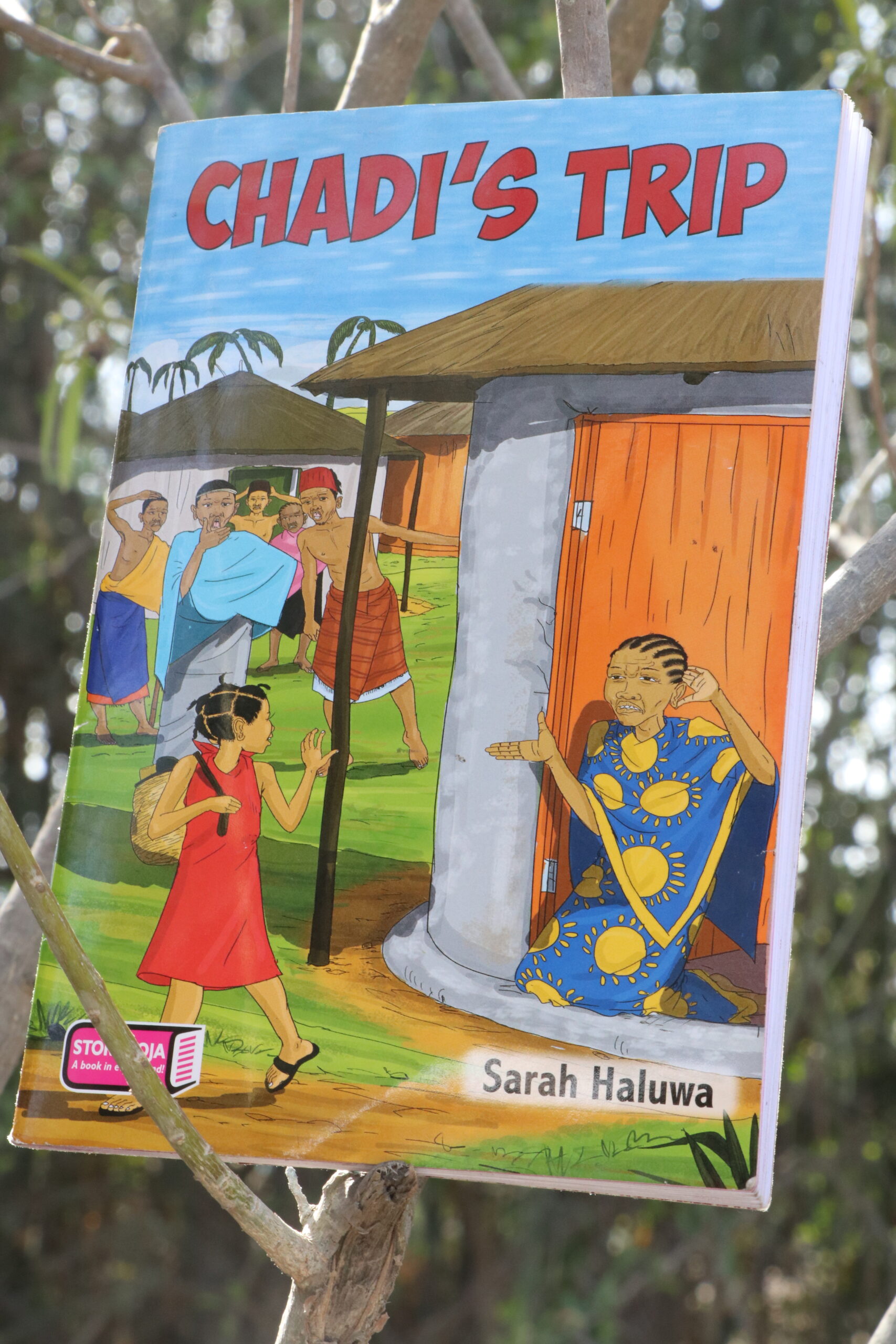 This book won the Jomo Kenyatta Prize for Literature in the children’s category. The award is organised by the Kenya Publishers Association.
Find out the unique qualities that set Chadi apart from other children and which make her suitable for the dangerous mission in the forest, where she will come up against unpredictable spirits.
Chadi’s Trip employs magical realism as a literary technique to fire up the imagination of young readers. The fact that it is a young girl engaging the spirits to a point of outmaneuvering them, makes it all the more attractive to the intended audience. Children love heroism.
It should be noted that the story is based in Kenya’s coastal region, where young girls are faced with heavy odds. These range from debilitating poverty, teen pregnancies not forgetting the less talked about teenage prostitution that feeds the underground sex tourism market.
It is therefore safe to argue that these girls lack role models. Haluwa’s book serves as a welcome inspiration to such girls, seeing as lead character is a young girl, a positive role model, beats odds and is eventually celebrated by a whole village.
Writing for children is no walk in the park, thus the author, known to pen adult stuff online, should be commended for successfully making that all-important transition.

Maisha Yetu feels that this book deserves the accolade it got