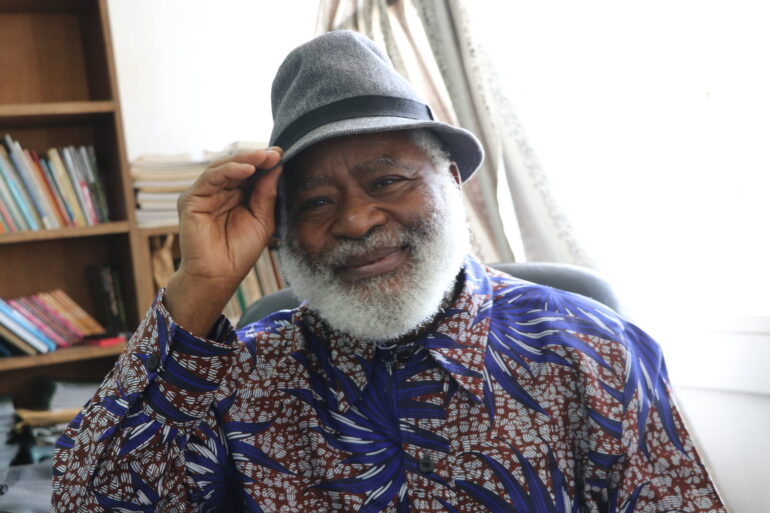 1. He teaches Linguistics at the University of Nairobi and not Kiswahili, as widely believed by many. One of the many Vice-Chancellors he has served under, at UoN, long held the belief that Prof Mberia taught Kiswahili.

2. His book Kwenzi Gizani, which won the Jomo Kenyatta prize for Literature, last month (September 2022), was the first book he was submitting to be considered for a literary award.

3. He has self-published all his books, including Kifo Kisimani, which was a set book between 2005 and 2012.

4. He has occupied the same office, at the University of Nairobi for 41 years.

5. He writes in Kiswahili as a matter of principle. “I would be read more widely if I decided to write in English,” he says. “That is a price I am willing to pay.”