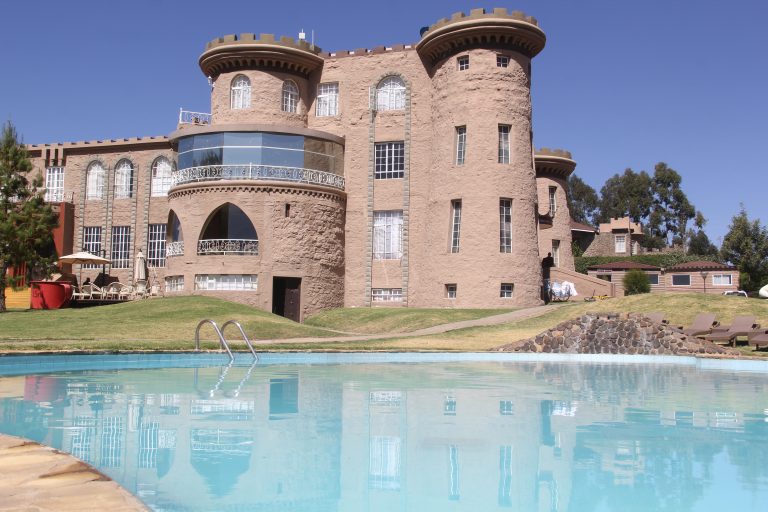 To the Aberdares: journal of a reluctant hiker

The marketing of Tafaria Castle, which straddles two counties, Lakipia and Nyandarua, is such that no one in their right mind would pass up the opportunity to spend a night there.
When a call came in, one fine Friday, asking if I would like to go to Tafaria, the following day, I did not think twice; I cancelled an appointment I had the following day.
The caller mentioned that the tour would involve a ‘two hour hike’. I easily brushed off this information; the only thing ringing in my mind was Tafaria.
We were to be picked by a van at 5.45 am, at the Kencom Bus Stage. Ordinarily, I would have taken a matatu, but the thought of walking from the Railways matatu terminus to Kencom, carrying a camera, at that early hour, was not one I fancied; what with the blood cuddling reports of muggings in this Sonko city.
For the sake of my camera, I managed to convince my mechanic to act as my chauffeur that morning.
I was the first one to arrive at Kencom, a full five minutes ahead of schedule. We were to pick a few other guys along Thika Road. To get to Tafaria, one has to go through Nyeri. Nyeri is about 150 kilometres from Nairobi. Tafaria is 65 kilometres from Nyeri, as you go towards Nyahururu.

We were supposed to get to Tafaria Castle at 9am, where I imagined we would take breakfast before embarking on the ‘hike’.
Our last pick-up in Juja was a young man, who kept us waiting in Kenol for more than one hour.
This delay was to cost us dearly, at least for me.
Along the way George Waititu, the director of Tafaria Castle, called, asking us to find them deep inside Aberdare National Park, where the team was to embark on the hike.
That call put paid my dream of a sumptuous breakfast at Tafaria. Just before getting to the Rhino Gate, of the park, we encountered a steep incline and our van was unable to get to the top. We had to push it to the top.
Bad mistake.
Pushing the vehicle sapped all the energy in my body; remember I had not taken breakfast, having woken up at 3.30 am. Coupled with the fact that I was woefully unfit, I was not in the best shape for the hike, which by now I realised involved climbing a mountain – Satima is said to be the third highest peak in Kenya, after Mt Kenya and Mt Elgon.

When we got to the starting point, having driven some 10 kilometers inside the Park, Amos Mwaura, the high pitched guide told us that the leading pack, having gotten impatient, had set off an hour earlier. We needed to catch up, he said, there were four kilometres ahead of us. I panicked.

Mwaura noticed that one of us had come dressed in office attire; a suit!
From his tone, Mwaura came across as a no-nonsense guy; no cutting corners here.
You can imagine my relief when Mwaura passed around snacks wrapped in tinfoil. I attacked mine straight away; such was my hunger.
From the word go Mwaura set a punishing pace and immediately I knew it was going to be a long day for me. I simply could not keep up. My lower back was on fire, my legs felt like they were made of lead. I was panting, nay grunting, as I shuffled one protesting leg after the other.
After clearing the first hill made up of bush and thickets and having wolfed down my entire lunch pack I felt somehow energised and enjoyed the less strenuous descent into the moorland.

My worries temporarily forgotten, my eyes suddenly opened up to the beauty and splendor all around me. This was an absolute eye fest; a true hiker’s paradise . Apart from the gently rolling hills, the valleys and the gorges, I saw some of the most dramatic rock formations ever witnessed in God’s wide world.
From the look of things, God must have been in a mischievous mood when he created these rocks.
To be honest, some of the rocks, from a far, look like animal droppings. Others have more elaborate patterns like ancient ruins. I was especially struck by one that looked like a giant tulip. This one I later realised has been christened The Lost Pyramid.
We later learnt from Mr Waititu that due to the fact that not many people frequent this particular area, these interesting rock formations are yet to be named. Thus the Tafaria establishment have, with the permission of Kenya Wildlife Service (KWS), embarked on naming these amazing rockformations.

This is how we learnt that they have called this place, its haunting beauty and all is now called the Theatre of Heaven. I for one could not imagine a better place to shoot a movie. The Kenya Film Commission, Ezekiel Mutua seems to be making all the decisions nowadays, can thank me later.
Other interesting names include the Castle of Love, Devil’s Sword and Dragon’s Teeth.
Tafaria wants to promote the Theatre of Heaven as a tourist destination to the level of Mt Kenya and even Maasai Mara. Mr Waititu, a widely travelled man, said that he has been to the Swiss Alps but he maintains that the Kenyan Alps are in a class of their own.

Soon, it was time to go back and it struck me how far we had come. Luckily, I had taken some mountain spring water and was somehow rejuvenated.
Still, it bothered me to no end that the man in a suit was constantly ahead of me. Just then, I missed a step and my right foot got stuck the sticky dark mud. Meanwhile, suit man and his office shoes, kept walking ahead like he was on red carpet.
My discomfort was compensated by the anticipation of spending the night in the dreamy Tafaria Castle. It gave me the energy to plod on. Luckily it was downhill, er, in a good way, all the way.

When we got down to the twin peaks, where the vehicles had been left, a table was laid for a delicious cocktail. And to the surprise of many, a couple was tying the knot. Many ladies were left envious at what beautiful the mountain scenery was.