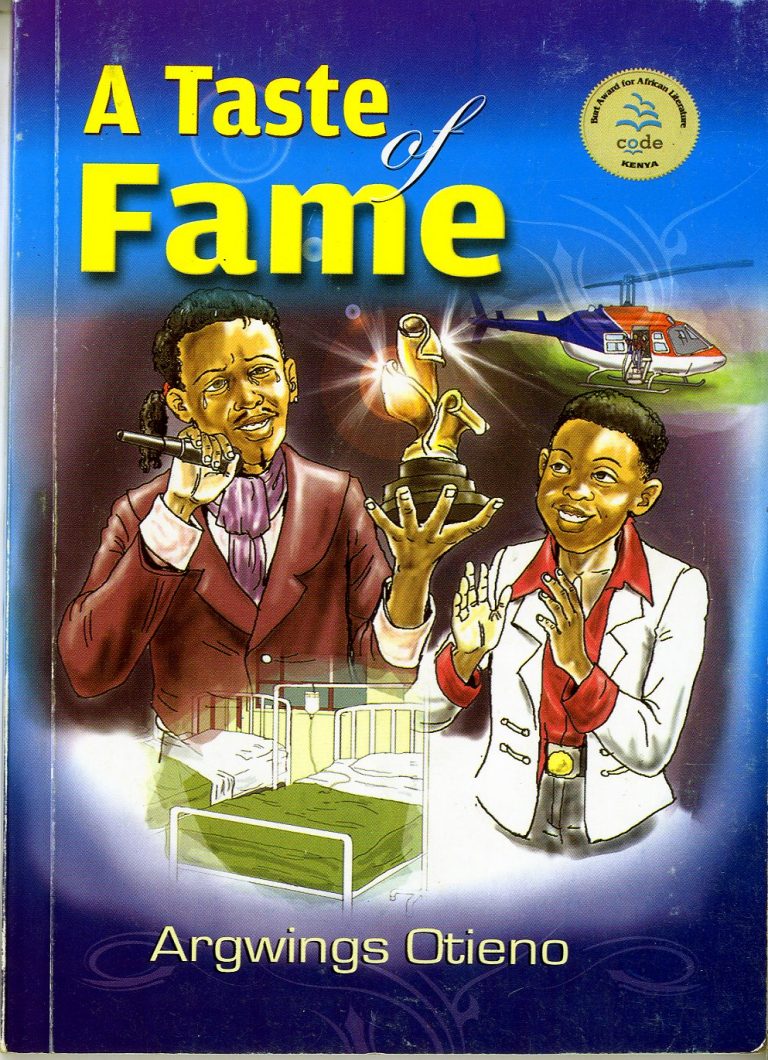 A Taste of Fame: A review

Fake it till you make it. This is a common refrain in the make believe worldof showbiz and pop culture. Here, outward appearances – manner of dressing, speech and accessories – matter most. 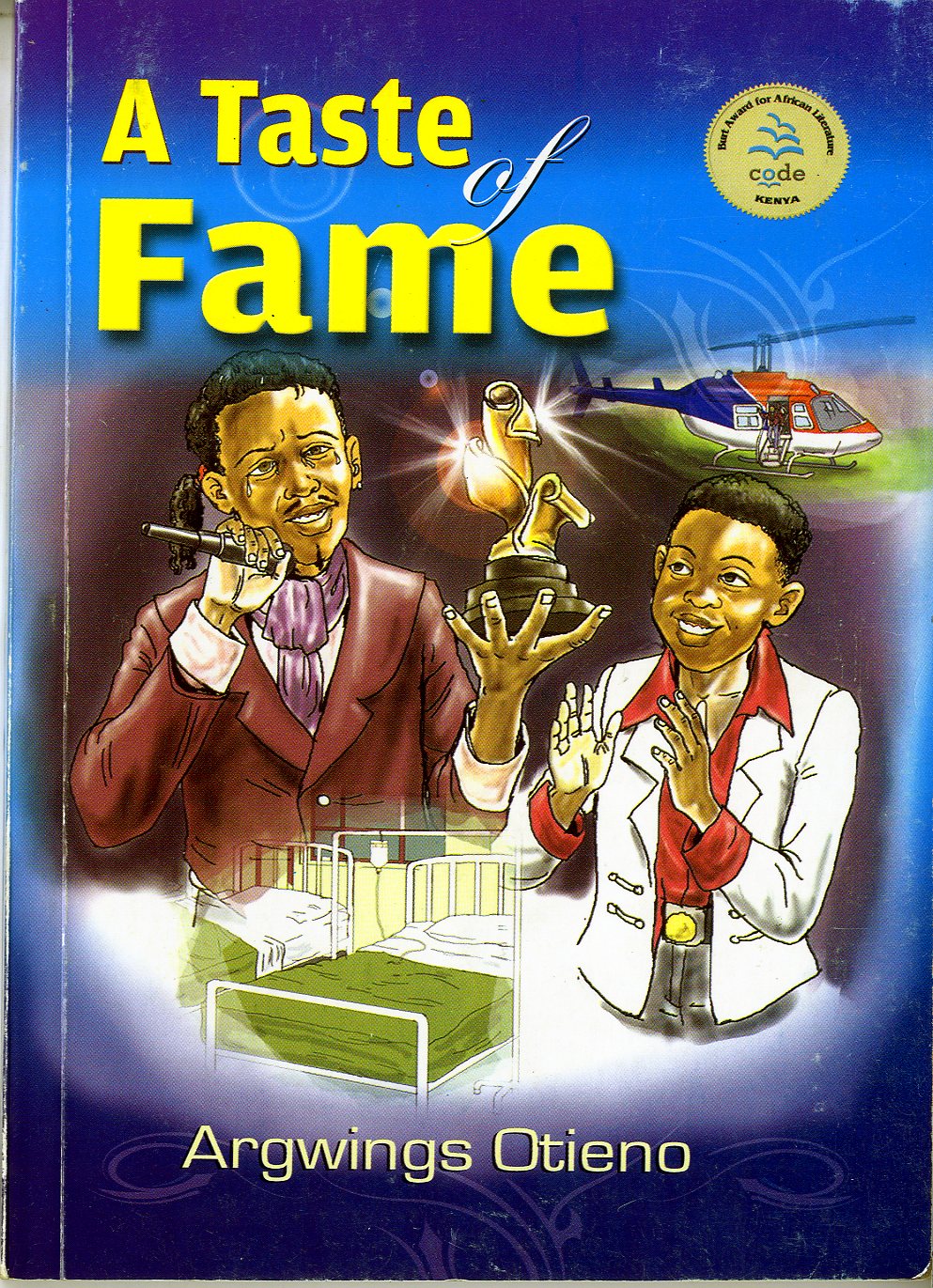 Since the late 90s, when the crop of new generation artistes stormed into the music scene a ‘celeb’ and ‘bling’ culture has taken root. And since the target audience are the impressionable youth in their teens, the more you dazzle – never mind that it could be on borrowed money – the more fans you get, hence the more popular you become.

What the youngsters who idolise these ‘stars’ fail to realise is behind the glitter and glamour, lies miserable and troubled lives (ask Michael Jackson).It is this vain culture that ArgwingsOtieno addresses in his novella A Taste of Fame. The book speaks to the youth especially the naïve ones who get carried away by the fickle nature of local showbiz.

Rando is one such youngster who is awestruck by an artiste going by the stage name Dee Zasta – note the word play on disaster. He so much wants to be like his idol – who wears studs – that he gets his friend in school to pierce his earlobe with a thorn!

He finally gets to meet his idol through a music competition where he performs Dee Zasta’s hit song. Impressed by Rando’s performance Dee Zastahe asks him to do a ‘collabo’ with him for the next round of competition, this time for adults.

Dee Zasta’s seal of approval, and the little time they spend together rehearsing,fires the young man’s imagination; he pictures himself being a celeb. He even flirts with the idea of quitting school to concentrate on music.He is totally bought into Dee Zasta’s hype.

The visage of flashy lifestyle,however, starts to crack as Rando interacts with his hero. Dee Zasta descends to the level of recalling the money he had deposited in a hospital,for his mother’s treatment, so he could hire a chopper to drop him at the performance venue (Prezzo anyone?) withdisastrous results.

As the book’s title suggests, Rando has had his taste of fame and he discovers, rather painfully, that all that glitters is not gold.

Well written works of fiction by Kenyan writers are few and far between, and Otieno’s book is among the select few.  I read this book in one sitting – it is a small book anyway – and at the end of it wished the author could do a sequel.

Such is the author’s simple witty, engaging style that makes reading it a pleasurable experience. The twists and turns in the narrative ensure that the reader gets pleasantly surprised with every turn of the page. The editing is thorough and devoid of cumbersome typos. Little wonder then that the book won the top prize in the Burt Award for African Literature, becoming the second recipient of this award. For his troubles he went home sh800,000 richer.

Speaking of the Burt Award, Otieno’s book is by far much better than Anthony Mugo’sNever say Never, who storyline was rather weak. Mugo’s book won the inaugural award last year.

Otienowho teaches English language at Pwani University graduated from Moi University with a degree in Education and proceeded to Kenyatta University for a Masters in Education. He did his PhD in Language Education from Moi University in 2010. He has also taught in secondary schools and mid-level colleges. Otieno has written other children’s books. They include The Head without a Body, Looking for a new King, Alone in a Storm among others.