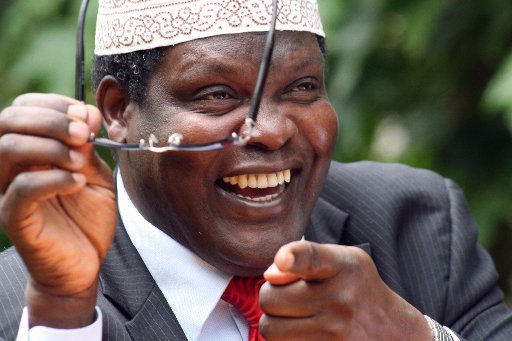 Miguna’s book: Nothing new so let the readers decide

When Raila Odinga advisor turned-bitter foe, Miguna Miguna announced that he would write a book, which among other things, would reveal the Prime Minister’s ‘dark secrets’, it generated a lot of debate among Kenyans.

Expectedly, and like anything mildly controversial about the prime minister, the reaction to the announcement was split down the middle. On the one side, there are the PM’s supporters who strongly feel that the book should not be published at all, as it would complicate his chances, seeing as we are headed to a crucial election, where he is contesting the presidency.

Then there is the other group made up mostly of the PM’s detractors – read enemies, as this is Kenyan politics – who are rubbing their hands almost in malicious glee, hoping that contents of the book will be ‘damaging’ enough to derail his quest for presidency.

From the reaction alone, it is quite clear that Peeling Back the Mask – shouldn’t it be Peeling the Mask? – is one highly anticipated book, by Kenyans here and in the diaspora. Even foreigners will be itching to catch a glimpse of the book; such is the nature of international profile the prime minister has cultivated for himself.

I am sure even the people who are opposed to the idea of the book will be among the first people wanting to lay their hands on the book, if only to seek to counter the ‘bad things’ that have been written about their hero.

It is therefore quite clear, from the foregoing, that aside from the politics and personal differences between the PM and Miguna Miguna, what makes the book such an ‘attractive’ prospect is the seemingly larger-than-life status of Raila Odinga.

Though he might be loath to admit it, Miguna knows that even with Kenya’s notoriously poor ‘reading culture’, his book might get a ‘good’ reception just because it is on Raila Odinga. And he might get good returns out of it all.

Whether by design or by default, the prime minister is the most talked about politician in the country today -never mind that most of it might not be positive.

To be sure, the PM, is President Mwai Kibaki’s biggest nightmare; you only need to look back at troubled 2007 presidential election, and the enforced coalition to know this.

Retired president Moi does not exactly have warm thoughts about the PM, seeing as he joined his party Kanu, only to ‘wreck’ it from within. Yes, it is largely Odinga’s efforts that put paid Moi’s desires to have Uhuru Kenyatta succeed him as president in 2002.

And were it not for stakes involved in the forthcoming presidential elections the PM would be enjoying himself seeing all the ‘serious’ presidential candidates ganging up to deny him the much coveted seat. All this points to his potency and influence.

With such a background, now you see why the book is likely to be a ‘hit’.

Politics, controversies and intrigues aside, Miguna’s book begs to be looked at from a purely artistic point of view. Since its selling point is Raila Odinga we can safely say that it falls under the genre of an unauthorised biography. And whenever you talk about unauthorised biographies, Jerome Corsi’s The Obama Nation easily comes to mind.

Among other things, The Obama Nation was intended at derailing Barack Obama’s first attempt at the US presidency, like he did with his earlier book Unfit for Command, which is said to have contributed to the failure of John Kerry’s attempt to challenge George Bush in his last term as US president.

Yes, The Obama Nation, is the book Corsi attempted to sensationally launch in Nairobi, when the Kenya government unceremoniously sent him packing.

So to answer you, what Miguna is attempting is perfectly in order.

Still, on Obama, today, the American president is the subject of a lot of unauthorised biographies in the US, and they enjoy prominence of space alongside Obama’s autobiographical works, Dreams of My Father and The Audacity of Hope.

Closer Home, and in South Africa, David James Smith, in 2010, released a controversial book titled, Young Mandela: The Revolutionary Years, which was basically an unauthorised biography of South Africa’s first post-apartheid president. The book, among other things, detailed alleged sexual immorality and infidelity by Mandela. It also alleges that the South African icon had a child with his one-time secretary, and who is reported to have contributed to the breakdown of Mandela’s first marriage.

Tiger Woods, who underwent a rough patch after allegations of infidelity cost him his marriage, also became a ripe target of unauthorised biographies. His former coach Hank Haney, early this year released a ‘brutally candid’ account of Wood’s indiscretions in a book  titled The Big Miss. In his defense an unapologetic Haney said: “Tiger Woods didn’t have an exclusive on memories, so I wanted to share them. It’s an insight into Tiger that most people wouldn’t be able to enjoy.

“When you’re around greatness, like I was for six years, you’re asked about it and you want to talk about it. That’s what I have done.” No doubt, those are sentiments Miguna shares in private.

Early last year former Bahari MP, and who was Vice-president Kalonzo Musyoka’s confidant caused a ripple when he published Politics of Betrayal a book that painted the vice president as a selfish, scheming politician, who will not hesitate to undermine a friend when he stands to gain something.

And with the impending launch of Miguna’s book, the former advisor to the PM takes the cake in terms of controversy, not forgetting its sheer nuisance value.

Maybe its time Mbugua thought of upgrading his book on Kibaki…

Interestingly, When John Githongo’s book, Its Our Time to Eat, written by Michela Wrong, came out, the man instantly became a hero to some and a traitor to others. Now that Miguna Miguna’s book Peeling back the Mask is soon to be launched, the people who considered Githongo a traitor now think Miguna is a hero. On the other hand the people who said Githongo was a hero now feel Miguna is a traitor. Still, each of these groups will point an accusing finger at the other calling them tribalists and anti-reformers…