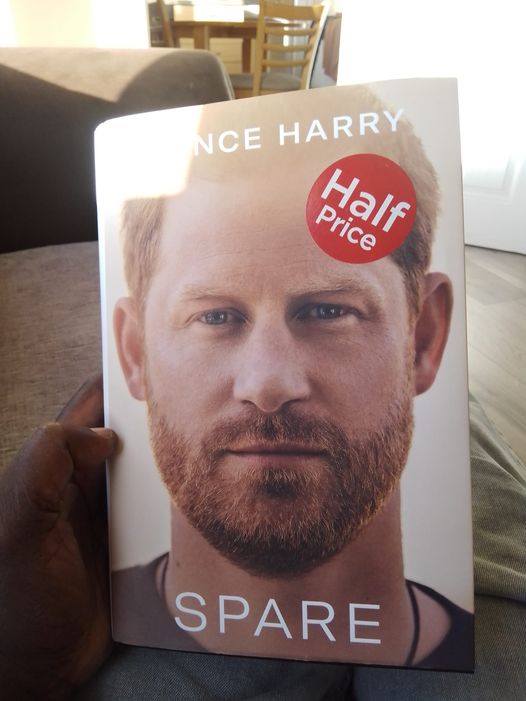 In Spare, British tabloids more than met their match

Never, in their wildest imaginations, did players in the British media expect that a member of the royal family would come swinging at them the way rebel Prince Harry has done in his tell-all book Spare.

The tabloids took refuge in the fact that the royal household operates under the motto of ‘never complain, never explain’, to launch all manner of cowardly attacks on the monarchy, including outright fabrications and falsehoods. After all, they comforted themselves, the royals, bound by their strict rules, can never come out to tell their side of the story.

They also knew that they owned the megaphone through which they could poison the mood of the public against the royals, if they did not cooperate.

With the British media, the royal household is held hostage; they are virtually prisoners; the message being: ‘you either do as we want or else…’

Enter Prince Harry, a rebel within the royal household. Still smarting from the way his mother, the universally loved Princess Diana, who was hounded by paparazzi, who were only interested in taking photos even as the she lay dead in an accident they had caused.

The tabloids targeted Harry from an early age, when he was still in school. Normal teenage truancy by the prince was regularly being analysed and dissected in the papers. The royal family could not bring itself to defend and protect the vulnerable prince.

From the book, it is clear that two of his girlfriends broke up with him as they could not cope with the hounding and relentless intrusion of their privacy. One of His exes committed suicide in 2020. He blames the media for her death.

As the book’s title suggests, Harry is the Spare as opposed to William who is the Heir. Thus, according to Harry, the royal family was too willing to sacrifice the Spare in order to protect the Heir and indeed the rest of the family.

Thus whenever the media caught wind of something negative emanating from the royal household, they were appeased by being given ‘something’ about Harry, never mind its authenticity. Whenever Harry complained to his father – the now King Charles – the father always had a stock answer for him: ‘don’t read the papers’.

This was hypocritical coming from Charles seeing as it was him and his wife Camilla who, through their offices, regularly fed the media with negative information about his sons, in order to shore up their image. William also followed suit and also took part in leaking stories in the media about his brother.

In the book, William comes out as an aloof whiny entitled brat, given to throwing tantrums over minor issues. Despite the fact that he is almost certainly assured of inheriting the kingship from his father, he is not happy with the roles assigned to his younger brother and which appears to accomplish rather well.

William griped endlessly when the Palace approved Harry’s patronage of war veterans’ activities, claiming that those activities were eating up the royal household’s budget. This is despite the fact that Harry’s involvement with the veterans was only taking up a tiny fraction of the budget, with corporate donations plugging the rest.

The royal household saw red when Harry hooked up with Meghan Markle. Here was a woman, who through her acting had curved out a global profile for herself. They could not, according to Harry, stand being outshone. That is when the media leaks against Harry and went on overdrive.

From the palace, the onslaught was led by William. Many are the days when Harry came home to find his wife in tears. Such was the intensity of attacks that Meghan, according to the book, considered ending her life. The race-baiting was especially ugly.

When they could take it any longer, Harry, his wife and child ran to Canada, where for six weeks they led a peaceful life, before the Daily Mail leaked their location and the hounding by paparazzi resumed.

Harry says that their unending war with the media led to Meghan suffering a miscarriage. That explains why he reserves his harshest words for the media, calling them a ‘dreadful mob of dweebs and crones and cut-rate criminals and clinically diagnosable sadists along Fleet Street’.

As stated earlier, the media in Britain never thought that a royal would go to the media to tell his side of the story, let alone a tell-book. Their coverage of the book is telling; it is full of hurt and anger: How dare this brat turn the tables on us, exposing our lies about him and his family; making us look bad.

If they thought that they are the only wielders of the megaphone, well Harry, with his best-selling book, wields it better. Not forgetting that Meghan is yet to write hers…

In Harry, the British tabloids have finally met their match. Diana must be rejoicing wherever she is.

For their shameless race-baiting of Meghan, British tabloids deserve anything and everything coming their way.