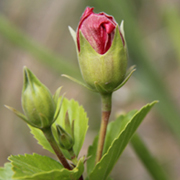 The flower that withered too soon

Chained is the haunting tale of 22-year-old Danielle, alone, bleeding in the bathroom, staring at imminent death after having procured an abortion. Her thoughts are in a state of turmoil as she reflects on the events that led to the present moment.

She is full of regrets but it is too late now.

The story is story is told via flashback. Danielle’s father has just secured her an internship position at an auctioneer’s firm, in a remote outpost. At first she finds the job boring but then things start brightening somewhat after she meets and falls in love with a man, working at a law firm.

The girl wrestles with feelings of guilt, but then, with each sweetener she receives from her lover, she discards her inhibitions and justifies the illicit affair.  Sample this: “I turned from preaching ‘monogamy is the true love’ to ‘the y in your man is silent’.”

Even amidst the justifications, the man’s wedding ring serves as an ‘unwelcome’ reminder of what she is getting herself into. Though she tries resisting the man’s advances, her defences are weak and she quickly succumbs to his slick moves; gifts and all.

Like a knife through butter, her feeble attempts at resisting the sexual overtures from the man are easily swept aside, when he sweetens the deal with offers of employment.

After she loses her virginity to the man, Danielle naively hopes that her guardian angel will shield her from getting pregnant. Shortly thereafter, she he finds out, to her horror, that she is indeed carrying the man’s baby.

This leads her to a backstreet clinic to procure the services of an abortionist. She does not have enough cash to pay for the ‘service’, so the man ‘offers’ to offset the balance if only she agrees to have sex with him.

The operation goes horribly wrong and now the girl stares death in eye.

The issue of illegally procured abortions has been with us for the longest time. So too are the deaths that follow. So widespread are these incidents that society has reduced the victims to mere statistics; it is not news anymore. However, in this story, Scholastica Moraa humanises the subject through her tragic character Danielle.

Chained painfully brings home the fact that victims of this vice are living, breathing people, with needs and desires, just like we do; only that they made a wrong choice at some point in life. They are daughters, sisters, nieces, granddaughters, etc. They could be your relative.

The story is also an indictment of predatorial men; particularly married men, who prey on naïve girls, ruining their futures, even destroying their lives, like in Danielle’s case. Many men in such instances get away scot-free, probably to go and ruin the life of yet another girl.

The man, in this story, remains unnamed, probably the author’s way of highlighting the anonymity of such men; and just how easy it is for them to escape unpunished.

Moraa’s searing prose brings to the fore the debate about abortion, which the Kenyan society would rather it remains buried under the carpet, while girls like Danielle, continue losing their lives in the process of trying to procure illegal abortions. Those who survive are left permanently scarred, others unable to bear children.

A few days ago, a quack medic going by the name Mugo wa Wairimu was convicted in a case where he had been caught on camera sexually assaulting patients at one of his clinics. It is also a well-documented fact that wa Wairimu, among other things, offered abortion services to desperate Nairobi women.

Going by Danielle’s example where she had to offer her body, as part payment for the abortion, it is not too difficult to imagine this was normal fare at wa Wairimu’s clinics.

Moraa’s story is a powerful reminder to the society that women’s reproductive health is a topic that needs to be addressed with utmost urgency. Abortion is a touchy subject worldwide. Here in Kenya, it remains illegal except in certain mitigating circumstances. In the US, the Republican dominated Supreme Court repealed Roe v Wade, a landmark decision which ruled that the Constitution of the United States conferred the right to have an abortion.

The reversal of Roe v Wade has had some ramifications in the US, the latest being the poor performance for Republicans in the just concluded midterm elections, where the much anticipated ‘Red Wave’ failed to materialise.

Chained stands out in expert use of language. The author has a way with words; every word has meaning. An example will suffice: “… It all came down to a spoilt love story and I was the villain. It was my love story but I was a minor character…”

Moraa’s ease with words can be attributed to the fact that she is a poet. Now poetry, according to Rita Dove, an American poet, is ‘language at it most distilled and most powerful’.