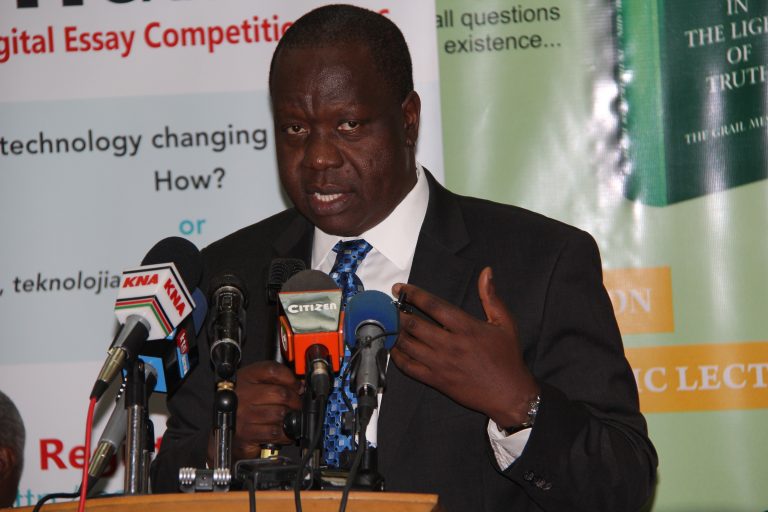 When former Education Cabinet Secretary, Fred Matiang’i realised that corrupt booksellers and head teachers were pilfering money meant for the purchase of textbooks, he instituted a number of measures that cut off booksellers from the textbooks’ gravy train, leaving head teachers high and dry and pupils in public schools quite happy.

Publishers, he ordered, would henceforth deliver books direct to schools, bypassing booksellers in the process.

By doing so, Matiang’i hit two birds with one stone. He saved the government tonnes of money meant to purchase the books, as the government bought the books at highly discounted prices. He also ensured that each pupil in public schools got a book for each subject.

At one point, President Uhuru Kenyatta, while flagging off books to be delivered to schools, wondered why the books had all over sudden become so affordable.

Well, we have the answer. Once the Kenya Institute of Curriculum Development (KICD) approves the books for use in schools, publishers participate in a tendering process, whereby the lowest priced bid wins the tender and gets to supply books directly to schools, at the cost of publishers.

Ever since the bidding process began, publishers have been known to severely undercut each other with a single book being sold by as low as sh40! A similar book, when sold in the open market (private schools market) goes for as much as sh500.

However, our discussions with players in the industry revealed that things are not so rosy with the publishers and that the lowering of the bids is a deliberate tactic, aimed at securing the publishers’ interests when it comes to selling the books in the open market (read the private schools market.)

While the government will buy the books, to be distributed in public schools, at ridiculously low prices, the ones used in private schools are sold at market rates, and here booksellers are involved.

This is how it works: Once a book has been approved by KICD, it is then published in the Orange Book, meaning that all schools, following the soon-to-be discarded 8-4-4 system and the newly introduced Competence Based Curriculum (CBC), have no option other than to use that book. Thus, while the publishers might suffer some losses while selling their books in the public schools, they hope to recoup some of their investments when they sell the book in the open market.

Thus, the low bidding is a tactic to lock the market for these books, for as long as they will be used in schools.

This now becomes the pitfall of publishers putting all their eggs in one basket – the school market as opposed to general readership books. Here, as long as the government funds education in Kenya, it will continue calling the shots.

This is case of he who pays the piper calling the tune. Publishers will have to put up with the whims of the government for now and on the brighter side, pupils in public schools, some of who would not have afforded the books are the current beneficiaries.