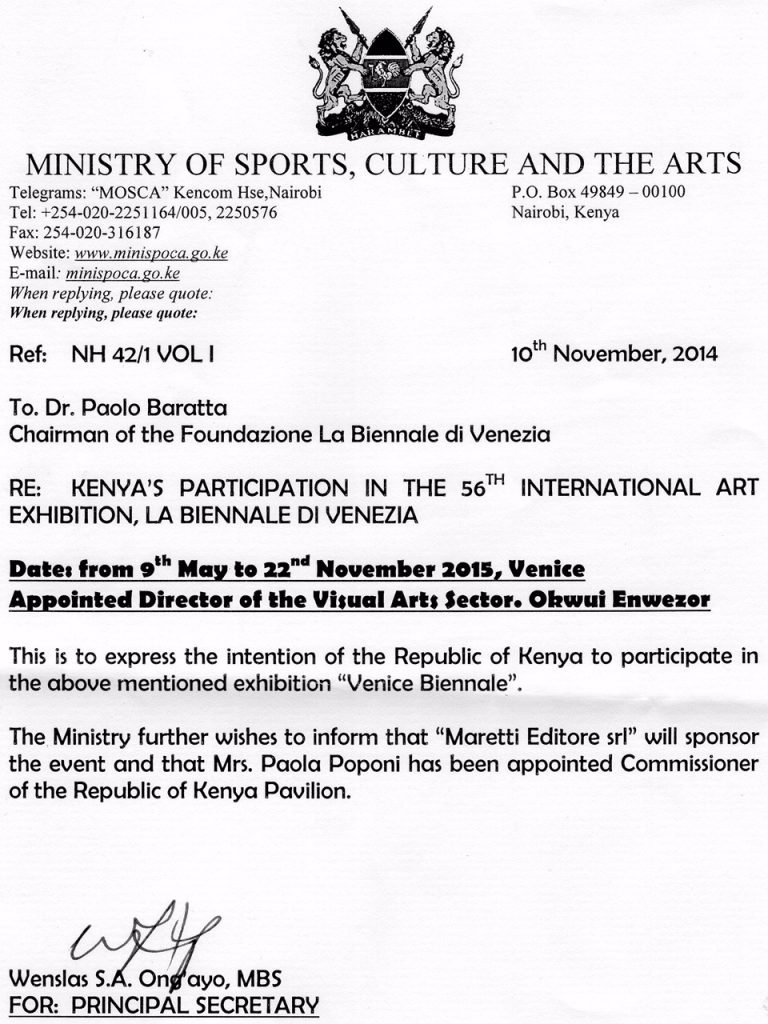 Barely a month after Culture minister disowned the ‘Kenyan Pavilion’ at the Venice Biennale, it is now emerging that a letter had been written by the ministry requesting participation at the Biennale. This is in spite of repeated denials from the ministry, including CS Hassan Wario, of the same.

Already a letter allegedly written by Wenslas SA Ong’ayo, on behalf of the Principal Secretary, expressing the intention of the Republic of Kenya to participate in the event, is doing rounds in social media circles. The letter, apparently written way back in November 10, 2014, and addressed to Dr Paolo Baratta, the chairman of the Foundazione La Beinnale di Venezia, said that “Maretti Editore srl” “will sponsor the event and that Mrs Paola Poponi has been appointed Commissioner of the Republic of Kenya pavilion,” says the letter.  Onga’ayo is the director of administration at the ministry. 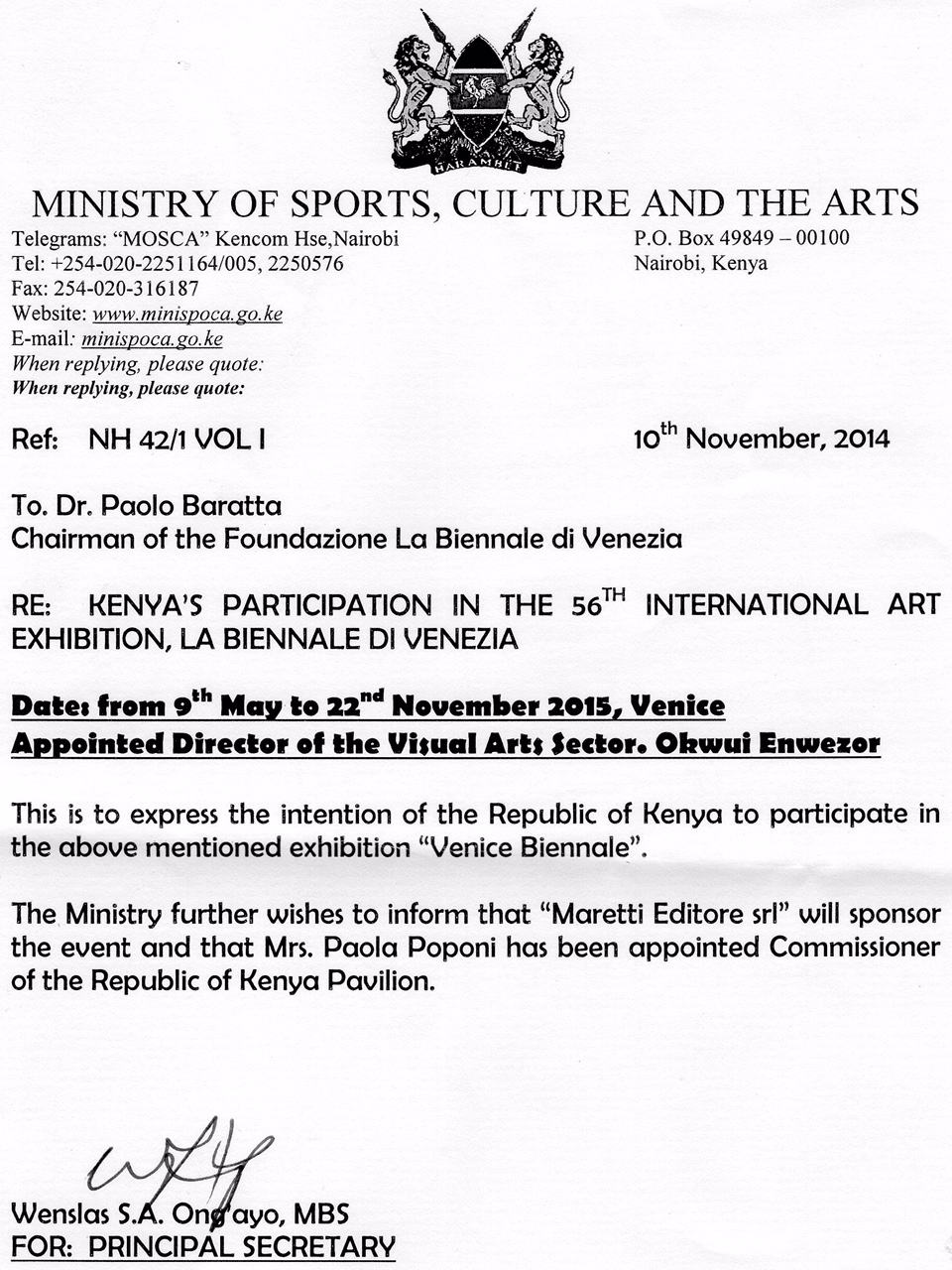 Matters came to a head when it was discovered that, for the second consecutive time, Kenya was being represented by Chinese artists at the prestigious event – the same happened in 2013 – popularly known as the Art Olympics. Local artists and their representatives protested and formed a delegation to seek clarification from Wario.

On April 14, the SC, accompanied by, among others, Ong’ayo, addressed a press conference at the Kenya Cultural Centre, and strenuously denied knowledge of the ministry’s connection to the people manning the Kenyan pavilion.

“Our investigations on this issue show that this happened at least twice before, in 2003 and 2013, through the involvement of Armando Tanzini, who resides in Malindi,” read part of Wario’s statement. “Tanzini and his team have presented themselves, wrongfully and repeatedly, as Kenya’s official representatives.”

During the press conference, a resolution was made to the effect that Kenya’s name and flag would be dropped from the pavilion. A letter to that effect was dispatched to Venice. That action by Wario must have caught Tanzini unawares, for he is the one that released Onga’yo’s letter, to prove that he indeed had the ministry’s backing.

Silvia Gichia, the director Kuona Trust, who was at the forefront in agitating against the Kenyan pavilion, told The Nairobian, that Tanzini called her from Italy, where he is manning the pavilion. “He was very furious and was protesting what he called betrayal by the ministry,” explains Sylvia. “He was saying that the ministry was tarnishing his name, yet they were the ones who issued him with the letter, and that is how he emailed me that letter.”

She says that Tanzini acted surprised when asked why he did not include Kenyan artists in the pavilion. “Which artists?”  he retorted.

Sylvia adds that following the Tanzini’s revelations, she got in touch with Wario, who expressed disbelief at the direction the saga had taken. “He promised that action would be taken at the ministry level,” adds Sylvia.

We wrote a email to Tanzini seeking his side of the story by had not received a response by the of going to press. Calls and a text message to Ong’ayo also went unanswered. Wario’s personal assistant, who promised to get back to us once he came out of hospital.