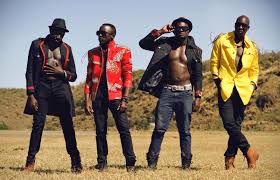 Nerea, beauty in a message

The first time I listened to Sauti Sol’s latest single, ‘Nerea’, in a matatu, I thought the lyrics were jarring. The conservative voice in me felt that a ‘taboo’ subject was being handled inappropriately. Yes, abortion is such a sensitive subject in our society. Despite the fact that the procurement of abortion is, today, as widespread as the common cold, it is still talked about in whispers. Any woman suspected of having procured an abortion, becomes an outcast in society. 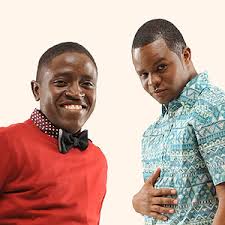 However, as the song progressed, my nerves were somehow calmed by the harmonious vocals of the group, which has teamed up with the duo of Amos and Josh, for this project. Despite their controversial nature, the lyrics are quite a revelation. The song is dedicated to Nerea, who could be any girl out there, and who is heavy with the singer’s child. It could be that, for one reason or the other, Nerea wants to terminate the pregnancy. The artist is therefore beseeching Nerea to give the unborn baby a chance in life.

They even introduce a spiritual side to it by invoking God’s name implying that it is Him who provides for every life that is brought into this world. This appears to be a direct challenge to women who justify aborting arguing that they have nothing to feed the child once it is born. The man in the song even offers to bring up the child.

The song is deceptively simple, with only two stanzas; the first one, which is also the chorus, carries the whole message of the song, while the second one enumerates what the future holds for an unborn child. It could be a future president, an actress like Lupita or an environmentalist like Wangari Maathai. However, the potency of the songs lies in its simplicity. Those lines are repeated over and over, throughout the song, to cement the message and to prick at the conscience of any woman contemplating abortion; what if the baby I plan to ‘flush’ becomes the future Obama and lifts me out of the valley of poverty?

Well, in terms of packaging a message, Sauti Sol and Amos and Josh score a strong ‘A’.  It will be recalled when finer details of the present constitution were being thrashed out, the topic of abortion was perhaps the one that elicited the most heated debate with the point of departure being when life begins; during conception or at birth.

During this whole time, it was the lawyer types, civil society activists, religious persons and politicians, who were engaging each other with the finer details of when life starts; while the masses, where the real, erm, abortion takes place, watched on bemusedly, wondering why there was such a fuss.

Now enter Sauti Sol and ‘Nerea’ and the abortion narrative has now been squarely placed where it belongs; among the masses, and especially among the youth – who are most likely to be experimenting with illicit sex, the result being unwanted pregnancies and eventual abortion. The topic of abortion might appear quite abstract, even fancy, when being discussed by the opposing pro-life and pro-choice lobbies. Using art, and good art at that, Sauti Sol/Amos and Josh have brought the message uncomfortably home, and it is causing what the Swahilis call ‘tumbo joto.’

More than ever before, Nerea has quite deftly brought men into the picture. Previously, men were seen as passive participants in the whole abortion matrix; isn’t abortion about women and their bodies? The only time men are roped in, is when they fork out the ‘blood money’ used to procure the abortion, and like Pontius Pilate wash their hands off the whole thing. Otherwise men pretend to be horrified by abortion, despite them being active and sweaty participants in creating the foetus now being aborted.

When they appeared on ‘The Trend Show’ of Friday, April 24, Larry Madowo, the show’s host pointedly asked Sauti Sol, what business they had policing women’s bodies. Bien, sidestepped the question rather brilliantly by referring to the ‘nakuomba’ word they used in the lyrics, indicating that they were merely pleading with Nerea not to abort. The inference here was that the girl was at liberty to do as she wished.

The answer can be classified as false humility; misleading at best. A critical look at their lyrics indicates that they use the words ‘mimba yangu’ – loosely translated to ‘my pregnancy’. The tacit ‘ownership’ of the ‘mimba’, gives men more power while negotiating abortion choices, while also making them more responsible for the welfare of the offspring. The pro-choice lobby, which argues that the body is theirs and can as well do as they wish with it, might not like this sneaky empowerment of men.

As things stand, ‘Nerea’ has thrown a spanner in the works, a cat among pigeons as it were.

A discussion about Nerea is not complete without looking at the technical aspects of the song. The music arrangement of Nerea is what the late Billy Omala of the ‘Chaguo Lako’ fame on KBC radio, would have described as ‘vyombo vimepangwa vikapangika’. The arrangement is just right.

Polycarp opens with his easy lead guitar, the signature tune of Sauti Sol, as the listeners are familiarised with the song’s lyrics. With the two stanzas firmly in place, it is time to move to the next gear and at one minute and 13 seconds, the double bass is slowly eased into the background. This gives cue for Josh to hit the high notes with ‘nitamlea’. The vocal effect continues with Chimano’s deep bass – despite his slight stature – followed by the chorus, which is at climax. At two minutes, the other instruments including the violins take over and the vocals take a back-seat, for an interval of 15 seconds. Here, the beauty of the song shines through. Afterwards the song is on homestretch; time to relax things and bring the song to a close.

Despite their current popularity, Sauti Sol occupies that complicated space between urban mass appeal and high Afro fusion with its complicated audience, but have managed to appeal to both audiences. It is rare, in Kenya today, to find the mass market embracing musical groups that perform with the backing of a full band. They prefer simple, computer generated beats, creating what is eventually known as bubblegum pop.

Things however changed when, in their debut ‘Mwanzo’ album, the did the song ‘Lazizi’, that captured the essence of your urban culture and aspirations’ with a young man seeking to date a girl in Nairobi and taking her to Java, where not many can ordinarily afford to patronise. ‘Lazizi’ earned them a legion of urban youth, and who refused to let go. This effectively marked a turning point with Sauti Sol, who in order to serve their newly acquired fans, found themselves steadily pulling away from the donor/expatriate spaces they had been courting at the beginning. This has been exemplified by the song Gentleman, a collabo they did with urban pop group P Unit.

They have however maintained their sophisticated musical roots, not once abandoning the full band; ‘Sura Yako’ and ‘Nerea’ attests to this. It can be argued that Sauti Sol introduced Nairobi youth to the finer details of music.

Sauti Sol’s crowning moment came when they shared the stage with internationally acclaimed South African Acapella group, Lady Smith Black Mambazo, to perform ‘Diamonds on the Soles of her Feet’, a collabo with Paul Simon. Bien did Paul Simon’s lyrics, much to the applause of the audience and respect from the Joseph Shabalala’s outfit. Finally, Sauti Sol had arrived at the international stage.