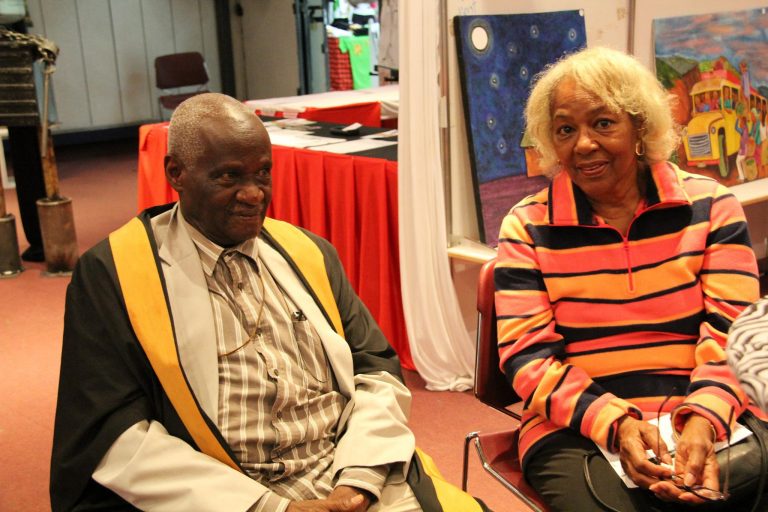 Paa ya Paa to artists, come collect your artworks

Paa ya Paa Art Gallery is calling on artists who have their artworks stored there to collect their pieces, apparently because they are running out of space. In a Facebook post made on Thursday July 16, the centre invited the artists for chai – probably the delicious grass tea made by the generous host Mzee Elimo Njau – on Saturday July 18, at 10.30 am.

Could this lack of space be the result of the court ordered subdivision of the five-acre plot, Paa ya Paa sits on? Following a court dispute between Elimo and his first wife Rebecca Njau, a Nairobi court ordered that the land be divided into two equal parts, with the other part going to Rebecca. The last time Maisha Yetu checked, the other part, which hosts, the famous Freedom Fighter sculpture, had already been fenced off.

It now remains to be seen whether artists will heed the call and collect the pieces. This might present logistical challenges to some of them, especially those with more than one pieces, more so if they are framed, as most artists lack efficient means of transportation.

Reproduced below is the Facebook post. Note that there was a typo in the date, whereby it reads 2025 instead of 2015.