The other day visual artist Michael Soi took to his Facebook page to protest an incident where he got ‘visitors’ at his studio based at the Godown Arts Centre. ‘My latest piece ‘Santa is coming to town’ has finally drawn the wrath of the Chinese,” wrote Soi. “Four gentlemen and a lady from China walked into my studio and one of them went off about how ungrateful I was to all China is doing for Kenya…”

Initially one man got into his studio and after scanning some of his artworks burst off laughing. “He later went and came with the other guys,” he explains. “These people could not wrap their heads around the fact that I am not grateful for all the ‘good things’ China is doing to Kenya. I told them that I am an artist and therefore I cannot engage them in a political discussion.”

Incidentally, the visit from the Chinese ‘Delegation’ coincided with the much-talked about visit by the Chinese Prime Minister who came to the country with a bag of goodies, which included money to kick start the controversial Standard Gauge Railway 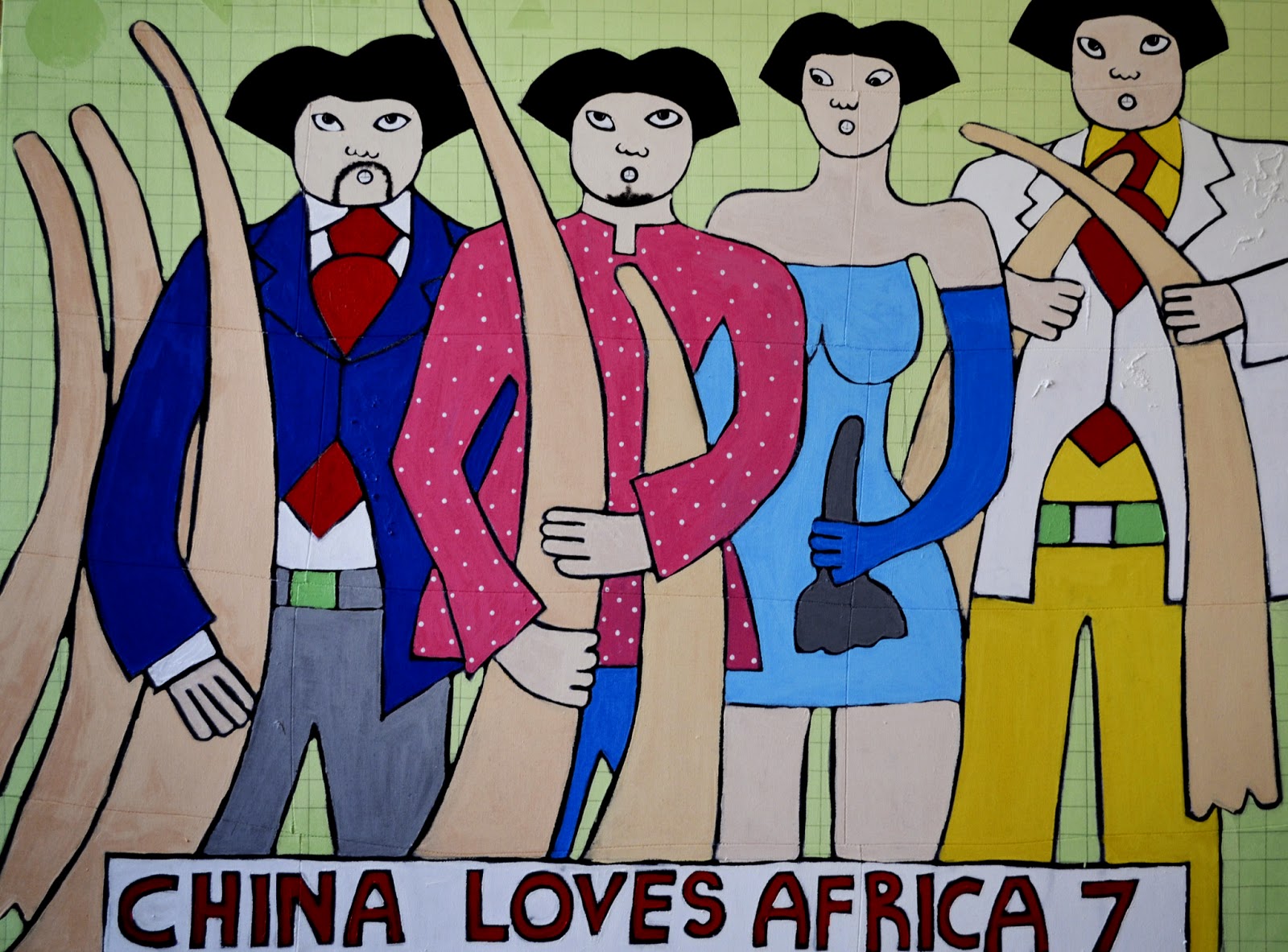 As an artist, Soi says that he has the license to question things. “We are not supposed to accept everything just because those in authority tell us they are good; that is how corruption scandals are hatched,” he adds. To be honest Soi says that he views the newly-found found friendship between Kenya and China with a lot of suspicion.

“The IMF and World Bank attach a lot of conditionalities before they give out their aid,” he says. “But the Chinese are giving their money without any conditions. This is one way of abetting impunity among our leaders; that no matter how many people are killed or imprisoned China will still pour in money, money that most likely ends up in people’s pockets and which will be paid by our children in years to come.”

The piece that so much angered the Chinese forms part of the popular China Loves Africa, a series of paintings that takes a mischievous and satirical look at the relation between China and Africa. In his pieces Soi takes the view that China is not necessarily genuine in her relations with Africa. In one piece titled China Loves Africa 7, the Chinese are portrayed holding elephant tusks and rhino’s horn. This is in reference to the allegations that it is the Chinese that are fueling the runaway poaching of these products. Interestingly when the Chinese Premier was in town, together with his host Uhuru Kenyatta, made a symbolic visit to the Nairobi National Park. He even gave out money meant to go towards fighting poaching.

Soi has landed an invite to do an exhibition in South Korea, where the China Loves Africa series will be a major attraction.

Apart Sino-Africa affairs the burly artist has developed an interesting character called Omari. He uses the character to highlight the ills that take place in the society. The typical Omari character is possibly a coastal native who sees the only way of earning an income is by hooking up with white women. “My intention is to ask whether these relationships are genuine,” explains Soi. “Most of these boys drop out of school at an early age to go after these women. I have spoken with some of these boys and they tell me they are in it for the money. They believe that a Mzungu will help them cross the poverty border.” 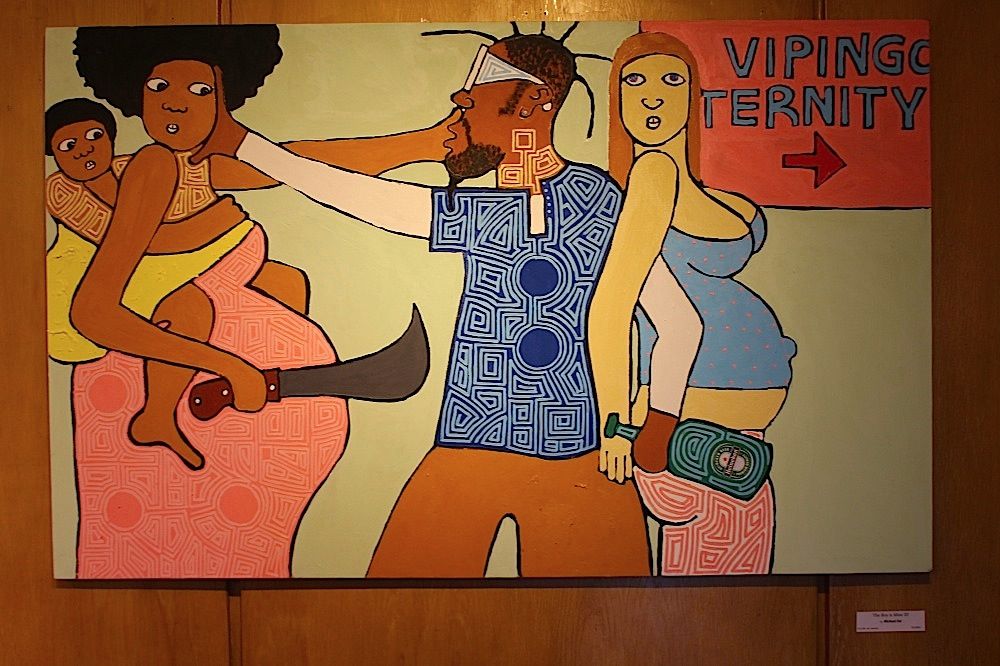 “In most cases the African boys have wives at home. One might think that it is Omari who is lying to the Mzungu but the woman is also doing her fair share of lying; some these women come to Africa with the knowledge that the relationship will last for as long they are here,” explains Soi who adds that Kenyan tourism, especially at the coast, is fuelled by sex.

Soi says that he likes to make his art simple. “What you see is what you get,” he says. “I paint what I see; I am not in the business of judging people.” This is especially so in his pieces where he shows men in strip joints. “I have been accused of portraying society in negative light but then it is a fact that men, even ‘decent’ church going types visit these joints where women are skimpily dressed.” In any case, he adds that strip joints are not cheap places to visit. “They are frequented by people with deep pockets; not your everyday ‘pervets’; I do not create these things.” he adds. 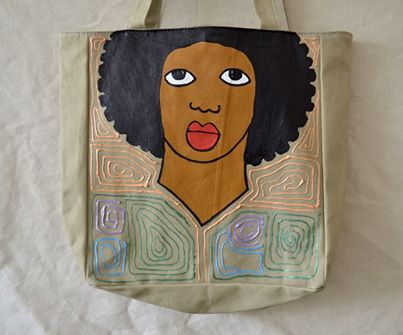 Soi who mostly works with acrylics on canvas has series of portraits that he sews on to women’s handbags. “These are what pay bills,” he says. “They have become so popular with women I can barely meet the demand.” Each bag goes for sh3,000.