Ng'ang'a Mbugua (Left), is all smiles as he receives his winner's certificate from Prof Egara Kabaji, who was the chief guest at the ceremony
IssuesNewsPersonalities

The sorry state of creative writing in Kenya

Towards the end of September book lovers will get to know the winners of the Wahome Mutahi Literary Prize. This will be the fifth time the Kenya Publishers Association (KPA) will be handing out the award named in honour of Kenya’s foremost humourist and satirist, the late Wahome Mutahi. 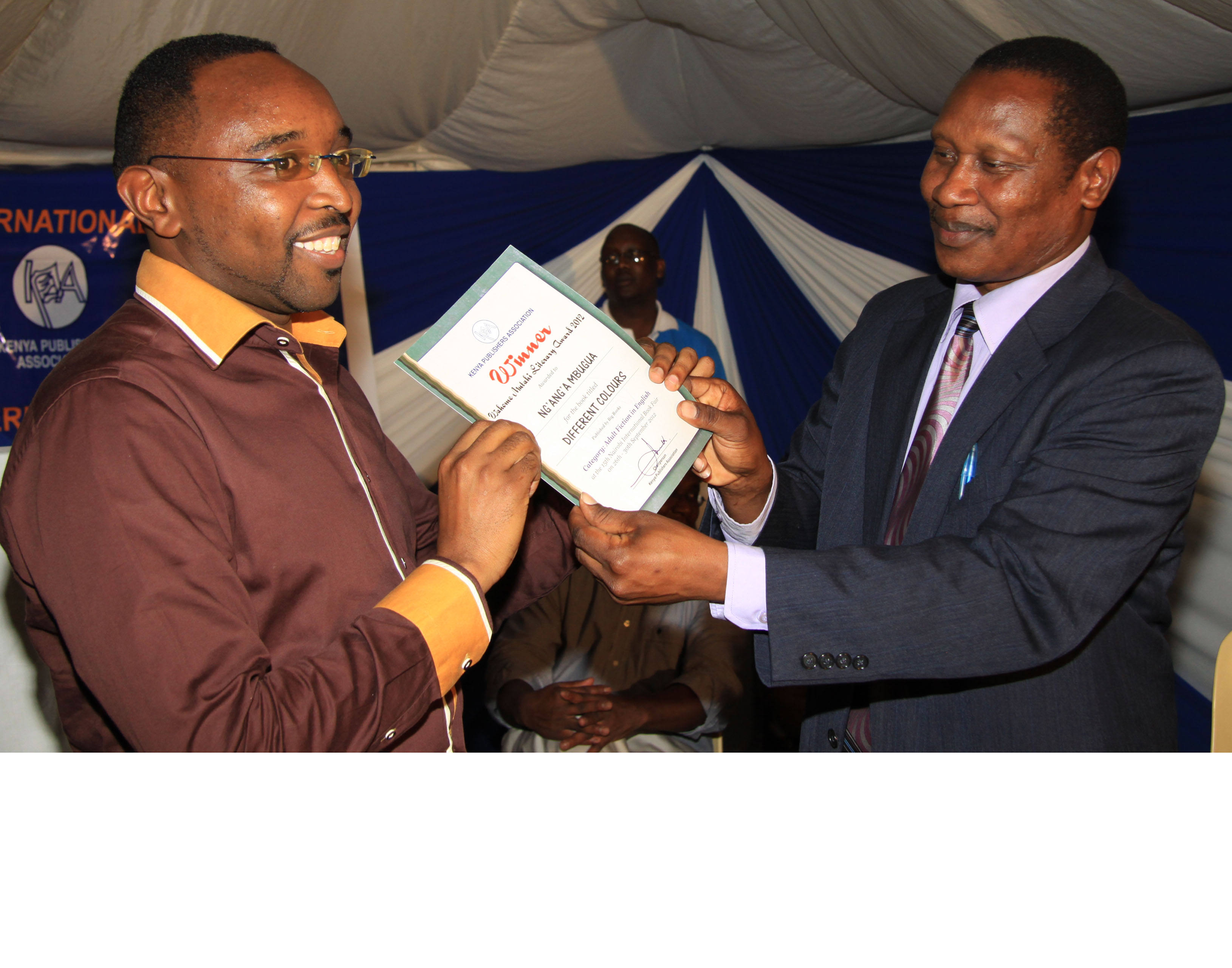 While it is a good thing that Kenyan publishers decided to honour the man whose giant shoes are yet to be filled to date – the attempts at humour in local paper is nowhere close to what Wahome offered with his whispers column – the award remains woefully underfunded. This year’s winners will be taking home a humble sh50,000, similar to what Onduko bw’ Atebe pocketed when his book The Verdict of Death won the inaugural prize way back in 2006.

One would expect that the prize money would have at least obeyed the rules of inflation and be revised upwards but sadly it remains stagnant eight years down the line. In a way the story of literary awards is a sad narrative of creative writing in the country; going nowhere fast. With a prize money of sh50,000 it is not a surprise that would-be writers are unwilling to ‘waste’ three years – the average time one takes to finish a modest novel – of their time writing.

It is instructive to note that The Verdict of Death remains Atebe’s only book to date. The dreams he had harboured of striking it rich through writing scattered when the first royalty cheque arrived. He told this writer that the money he gets once a year in the form of royalty is barely enough to meet his living expenses. That explains why he veered off into business where he is doing well as a private electrical contractor.

Part of the reason creative works in the country are doing poorly has a lot to do with marketing. It is an open secret that Kenyan publishers place too much emphasis on textbooks at the expense of creative works. Even with textbooks there isn’t so much marketing; publishers fight to have their books in the Orange Book as they are assured of being bought by schools using the free primary and secondary funds.

The only time a creative writer is assured a financial windfall is when their book is picked by the Kenya Institute of Curriculum Development (KICD), formerly KIE to be a school set book. That way the writer is assured of earning at least sh80 million in a span of four years. It is little wonder that publishers do creative works with an eye to the set book market. If your book is not a set book the most you can hope to sell in a year is an average of 5,000 copies as supplementary texts in schools.

This goes to further cement the fact that publishers have not yet developed tools for marketing their books outside the school market. If your book is not selling in the school system then you can rest assured that it will be gathering dust on bookshop shelves.

One would expect that publishers would capitalise on the hype and publicity generated when a book wins a literary prize to push those books to the general public but sadly nothing of the sort happens. Once the award ceremony is over it is back to business and the production of more textbooks. And in spite of the fact that most major publishers have subsidiaries in other countries, in the region, those markets only exist to absorb more textbooks, which incidentally are the bread and butter of local publishers.

The question therefore remains are publishers willing to roll up their sleeves and mine the 70 per cent potential? Until such a time writers will continue to take home measly prize monies and creative writing will remain a labour of love in the foreseeable future.