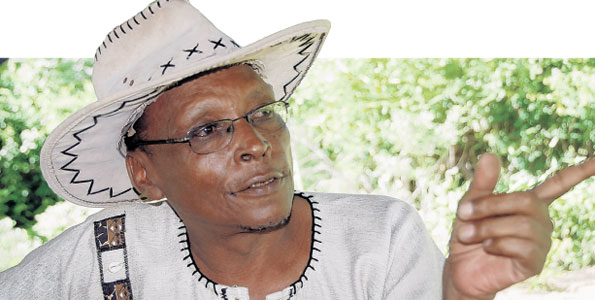 The Kenyan literary scene is the poorer following the death of Mwangi Gicheru, the man that brought you the novel Across the Bridge. Gicheru, who was running a restaurant business in Mombasa’s Mtwapa, died in his sleep on the eve of Sunday May 4. 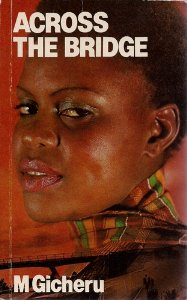 According to family members His body was discovered on the morning of Sunday, March 4, after he failed to wake up. Workers reported the matter to the local police who gave the go-ahead for the house to be broken into. The body was taken to the Pandya Memorial Hospital Mortuary. Post mortem results determined the cause of death to be heart attack.

Gicheru will be fondly remembered by hordes of book lovers who devoured his book Across the Bridge in the late 70s, 80s and 90s. Across the Bridge, though not his first title, became many a readers’ favourite and catapulted Gacheru to the peak popular literature, alongside the likes of Charles Mangua (Son of a Woman), Mwangi Ruheni (The Minister’s Daughter) and Daivid Maillu.

Across the Bridge tells the story of an impossible love between a poor young man (Chuma) and Caroline the daughter of rich man Kahuthu. Chuma was a houseboy at the Kahuthus household.

One thing leads to the other and Chuma gets Caroline in the family way, a thing that makes Kahuthu livid. Chuma feels the only way of getting acceptance by the Kahuthus, and perhaps getting Caroline’s hand in marriage is through making money of his own. The path he chooses to riches lands him in trouble with authorities and into jail, hence the book’s famous opening: Hail jail the place for all; the only house where a government minister and a pickpocket dine together, work, discuss matters on equal terms.

Gicheru is a man whose life is mirrored in his art. His other book Two in One is based on his experience after his eight-month old daughter was stolen by a house girl, in 1979. The baby was never found. The book tells the story of barren women who steal other people’s children. “… over the years, living without my daughter has taught me that biological parents are but just instruments of bringing a baby to the world,” he told The Standard – then East African Standard – in a 2001 interview.

Perhaps it the experience of losing a daughter to theft that influenced his decision to adopt two girls.

His other books included The Ivory Merchant, The Double and The Mixer. Later in life he wrote a children’s book The Ring in the Bush published by Longhorn. He had, in mid last year, announced that he was in the process of turning Across the Bridge into a movie.

In 2009 Gicheru wrote A Handful of Terere, a post humous biography of Samuel Mbugua Githere. In an interview he told this writer that the family of the late Githere asked him to research, compile and write the story of Githere, a prominent Nairobi businessman who had died of a stroke related illness in 1997. Githere had been a contemporary of the late business magnate Njenga Karume and it is him who introduced Njenga into the world of business.

During the launch of the book, at Njenga’s Jacaranda Hotel, Njenga told the gathered audience that he had wanted to continue with his education with a view to becoming a lawyer but Githere prevailed upon him to drop his studies and make money instead. “Githere told me that if we made a lot of money we would hire as many lawyers as we wanted,” said Njenga. That ‘prophecy’ turned true.

Gicheru said that writing Terere – published by Longhorn – was his most challenging assignment as writer but also one that he found immensely satisfying.

At the time of his death Gicheru was the proprietor of Animo Resort in Mtwapa. The joint also hosted Gikuyu and Kiswahili plays some of which he wrote himself. The late Wahome Mutahi used to bring his Gukuyu cultural plays at Gicheru’s establishment.

Gicheru was born in 1947 in Kiamwangi near Karatina, in Nyeri County. He attended Kiamwangi Primary Up to Standard Eight before joining St Mary’s High School also in Nyeri. He briefly worked as a clerk with the Ministry of Lands before joining the then East African Airways. He later left paid employment to start his own business. He spent most of his business life in Mombasa.

He married Nancy Wamuyu 1972. The couple had three biological daughters – including the stolen one – and two adopted daughters. He had two grandchildren. He was buried in his Gakawa Farm in Nanyuki on Tuesday, May 13, 2014.