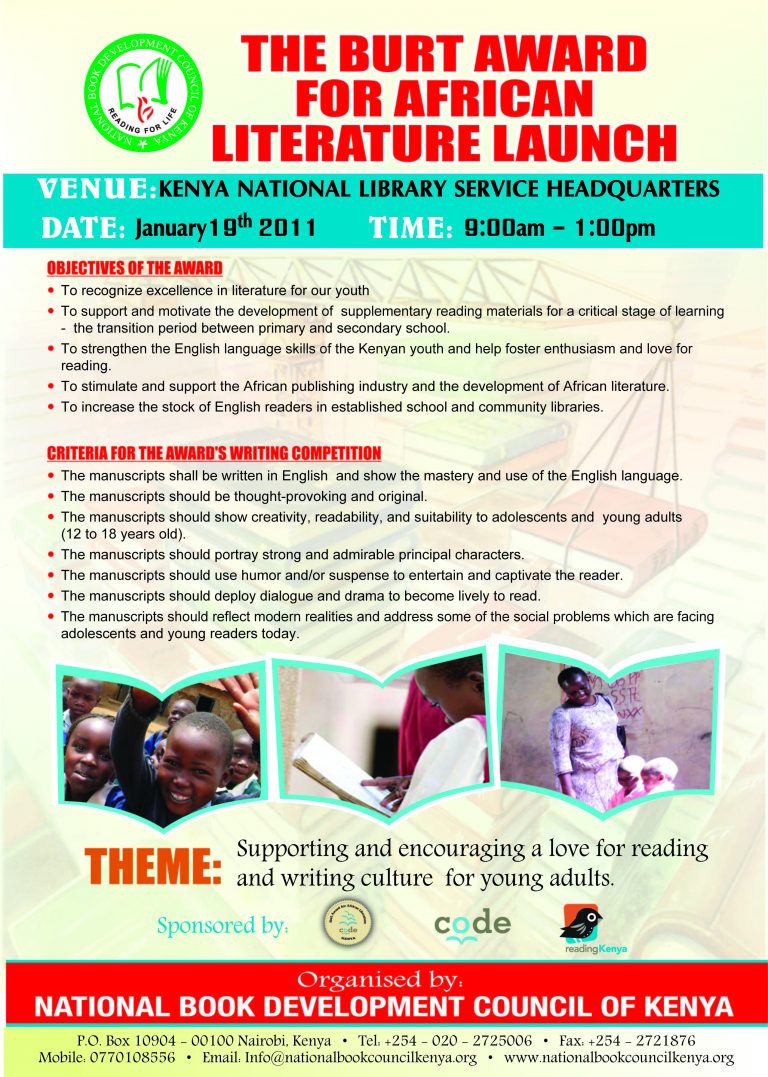 Burt Prize to be launched on Wednesday

The National Book Development Council of Kenya (NBDCK) will on Wednesday, January 19, launch the William Burt Prize for African Literature at the Kenya National Library Services headquarters.
The award promises to be the most prestigious in the Kenyan literary scene, with the winner taking home Sh1 million (12,000 Canadian Dollars). 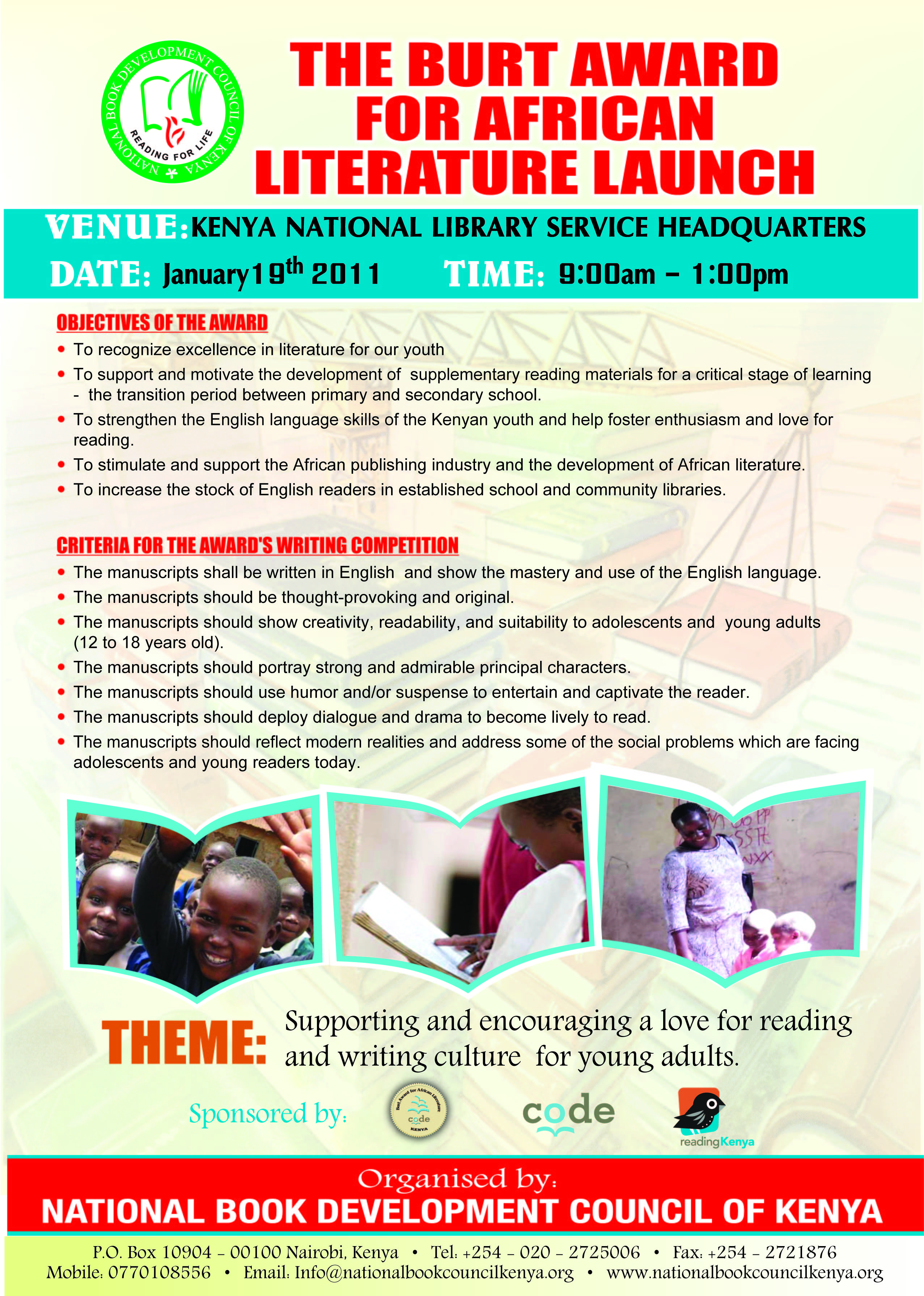 The Award is being administered in Kenya by the National Book Development Council of Kenya (NBDCK) with support from the Canadian Organisation for Development through Education (CODE). It is named after William Burt, a Canadian citizen who is a long time supporter of CODE.
According Ruth Odondi, the CEO of NBDCK, the Burt Award seeks to recognize excellence in young adult fiction, with the goal of increasing the literacy skills while at the same time nurturing a reading culture.
“As NBDCK, we are particularly concerned that school going children, particularly in the rural areas, do not have access to supplementary reading materials, which, in our view, has a negative impact on the quality of education,” she adds.
It is in pursuit of those goals that the Burt Award will consider works that target young readers between the ages of 12 and 18. She says that the Award committee will work closely with publishers for purposes of submission of manuscripts, which will then be assessed by a panel of judges who will then come up with the first three winners.
The second prize is worth Sh500,000 (6,000 Canadian Dollars) while the third prize is worth Sh250,000 (3,000 Canadian Dollars).
“We are inviting writers to come and get first hand, details of the competition,” says Mrs. Odondi.