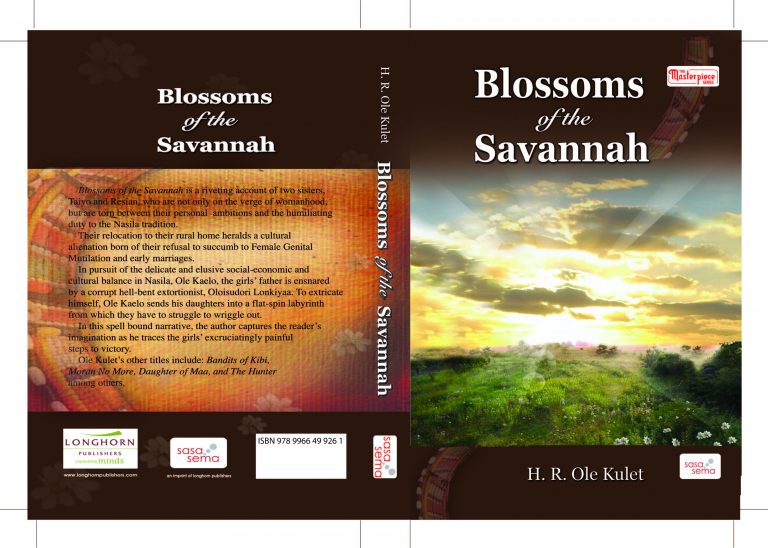 Winner of the Jomo Kenyatta Prize for Literature, 2009

Henry ole Kulet’s book won the 2009 Jomo Kenyatta Prize for Literature. Yours truly had reviewed the book way back in May. I hereby share the review with you: 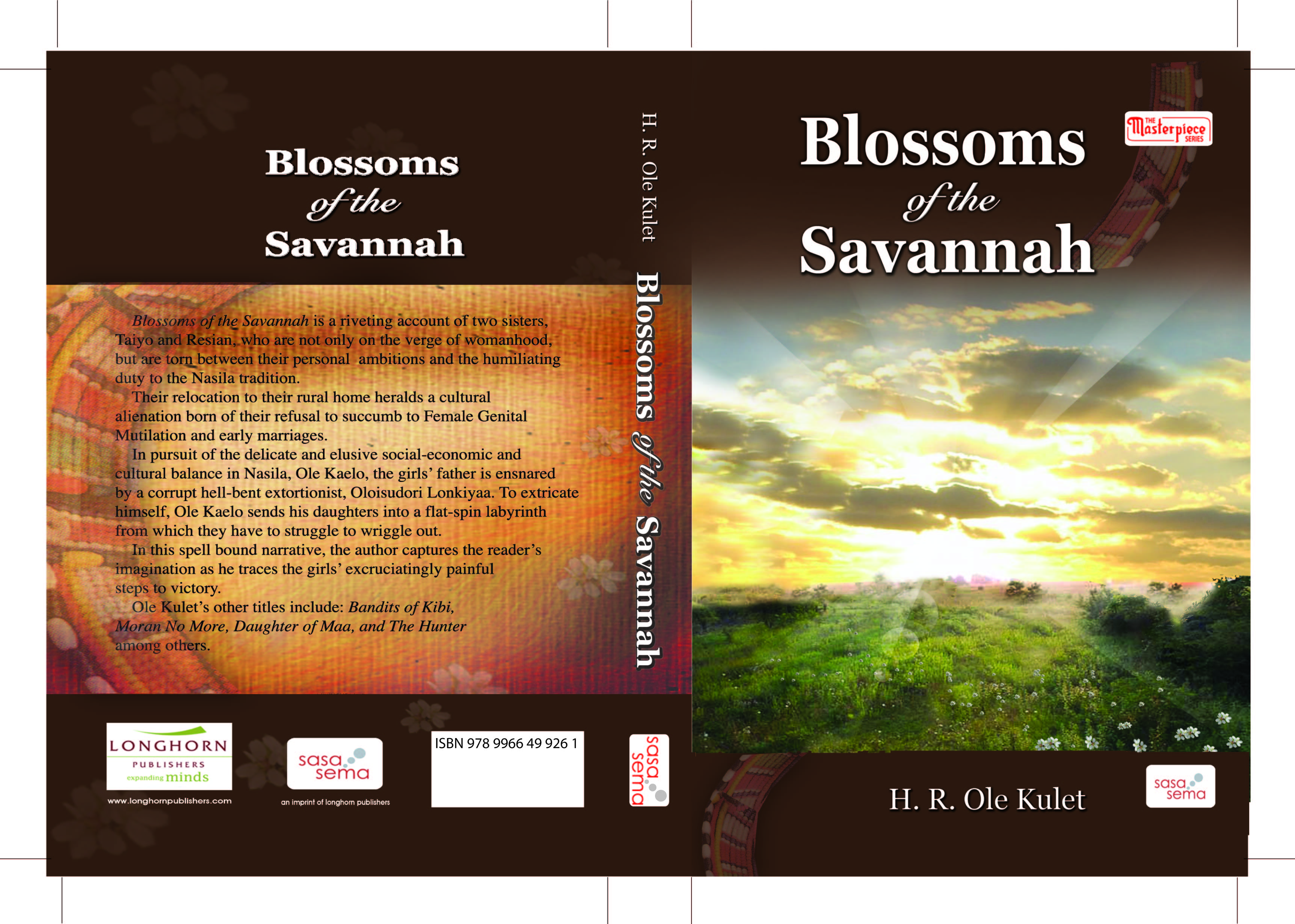 After a long absence from the literary scene Henry ole Kulet is back, this time with Blossoms of the Savannah. This novel mainly dwells with the touchy issue of Female Genital Mutilation (FGM).
Now, FGM or female circumcision, remains a very sensitive topic particularly considering that there are powerful lobbies committed to ensuring that this practice is brought to an end. The issue is complicated by the fact that it involves a people’s culture, a culture that has been practiced since time immemorial. Despite the best of efforts from these lobbies and the government, getting to end the practice has largely remained elusive. Well, you do not just wake up one morning and decide that you are going to away with a particular aspect of culture and hope to succeed.
However, as much as culture defines a people’s identity, some cultural aspects have proved more harmful than beneficial. Still modern realities do not support such practices. For example, the probability of contracting diseases like HIV/Aids, arising from the sharing of blades, does not bode well for FGM.
Cases have also been documented where young girls have lost their lives following complications arising from the procedure.
In his book, Ole Kulet treats the issue of FGM in a sober and balanced manner.
He does not approach FGM in the needlessly confrontational style, often associated with the lobbies. He instead delves into the Maa traditions and demonstrates how important they are to the community.
The story revolves around the family of Ole Kaelo, who finds himself retrenched from his job and opts to relocate his family from Nakuru to Nasila, his ancestral home.
Just like any other retrenched person, he sees his survival, and that of his family, coming from venturing into business.
His two teenage daughters, Taiyo and Resian however do not share his enthusiasm. Their sudden removal from the urban setting in Nakuru to village life does not sit well with them.
They are also not certain of their prospects of furthering their education at the university.
Having been brought up in a modern lifestyle, they are mainly pre-occupied with their education, which they feel would assure them of a better life in future.
They are however in for a rude awakening. No sooner have they landed in the village than word goes round to the effect that they are yet to undergo the ‘cut’. At 18 and 20 the two sisters are already late for the cut, according to the Maa culture.
In spite of their physical maturity, they are contemptuously referred to as intoiye nemengalana, derogatory for girls who have not undergone the rite.
Their problems are far from over. Their worst nightmare yet comes in the form of Oloisudori, an evil businessman who now has their fate in his hands, thanks to a foolish deal their father entered with him.
Unknown to his family, Ole Kaelo had borrowed money from Oloisudori, which he used to establish his business. It so happens that on a visit to Ole Kaelo’s home, Oloisudori sets his eyes on Resian the younger of the sisters. He lusts for her and an idea hits his brain that he could take her for a wife.
Seeing as he might encounter difficulties in convincing the father to give out his daughter to him, he resorts to blackmailing the poor man. Either Ole Kaelo give him his youngest daughter or he recalls his debt, which includes the house he constructed.
Ole Kaelo opts for what he sees as the easier way out and agrees to pawn his daughter to save his business.
Just like other men in Nasila, Oloisudori would not marry a girl who has not undergone initiation, so he arranges for her to get cut first.
Luckily for Resian, Olarinkoi, a man who had been hanging out in their house, is at hand to ‘rescue’ her. He promises to take her to Emakererei, a woman who gives refuge to girls being threatened with the harmful practice.
Resian falls for his story and accompanies him to her ‘savior’. More shock awaits her as the man has his own evil designs on her. Like Oloisudori, Olarinkoi also wants to forcibly circumcise her and marry her.
Eventually, Resian escapes and finds her way to Emakererei, where her dream of going to university is assured. Her elder sister Taiyo is not as lucky. She is tricked and is forced to undergo the cut. Apparently, after losing Resian, Oloisudori decides to take Taiyo instead. In spite of Taiyo’s tragedy, both girls end up in the safe hands of Emakererei.
Blossoms of the Savannah has echoes of Ngugi wa Thiong’os The River Between, where two sisters are faced with an almost similar dilemma.
Muthoni opts to get circumcised but dies in the process. Muthoni’s death is interpreted as Ngugi’s way of saying that female circumcision is outdated.
Ole Kulet’s narrative is enriched with the description of the various aspects of the Maa culture. In the book, Ole Kaelo comes out as a pretty confused character. His wife does not help matters either. Instead of standing out for her daughters, she just runs along with her husband, content with protecting family property.
In spite of its obvious harmful effects, FGM refuses to die, as the lobbyists would expects it to. Could it be that their approach to the whole issue is wrong?

You can order the book online on www.enrakenya.com