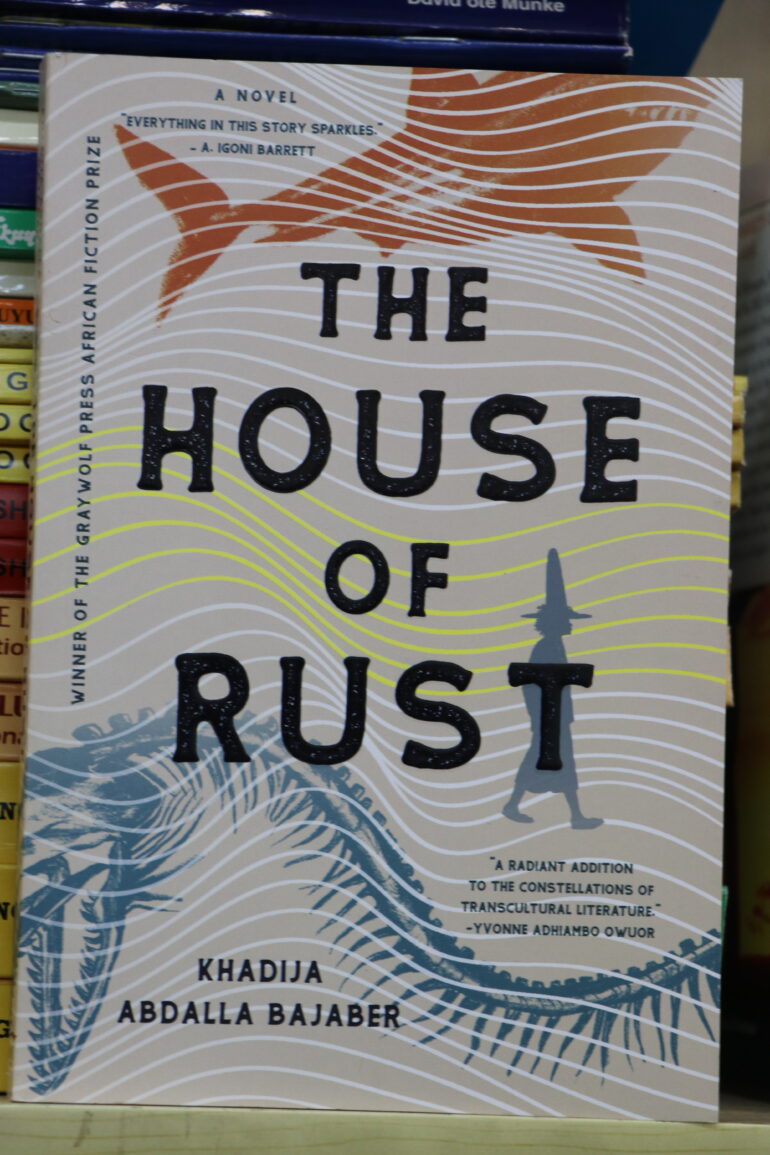 Top ten books for the month of October, courtesy of Prestige Bookshop

Kenyans are reading. Introducing; top ten books of the month, as sold by Prestige Bookshop.

1.Chronicles from the Land of the Happiest People on Earth by Wole Soyinka

In an imaginary Nigeria, a cunning entrepreneur is selling body parts stolen from Dr. Menka’s hospital for use in ritualistic practices. Dr. Menka shares the grisly news with his oldest college friend, bon viveur, star engineer, and Yoruba royal, Duyole Pitan-Payne. The life of every party, Duyole is about to assume a prestigious post at the United Nations in New York, but it now seems that someone is deter­mined that he not make it there. And neither Dr. Menka nor Duyole knows why, or how close the enemy is, or how powerful.

Chronicles from the Land of the Happiest People on Earth is at once a literary hoot, a crafty whodunit, and a scathing indictment of political and social corrup­tion. It is a stirring call to arms against the abuse of power from one of our fiercest political activists, who also happens to be a global literary giant.

2. Principles for Dealing with the Changing World Order by Ray Dalio

Ray Dalio has spent half a century studying global economies and markets, Principles for Dealing with the Changing World Order examines history’s most turbulent economic and political periods to reveal why the times ahead will likely be radically different from those we’ve experienced in our lifetimes – and to offer practical advice on how to navigate them well.

In this remarkable and timely addition to his Principles series, Dalio brings listeners along for his study of the major empires – including the Dutch, the British, and the American – putting into perspective the “Big Cycle” that has driven the successes and failures of all the world’s major countries throughout history. He reveals the timeless and universal forces behind these shifts and uses them to look into the future, offering practical principles for positioning oneself for what’s ahead.

3. The House of Rust by Khadija Abdalla Bajaber

The first Graywolf Press African Fiction Prize winner, a story of a girl’s fantastical sea voyage to rescue her father The House of Rust is an enchanting novel about a Hadrami girl in Mombasa. When her fisherman father goes missing, Aisha takes to the sea on a magical boat made of a skeleton to rescue him. She is guided by a talking scholar’s cat (and soon crows, goats, and other animals all have their say, too).

On this journey Aisha meets three terrifying sea monsters. After she survives a final confrontation with Baba wa Papa, the father of all sharks, she rescues her own father, and hopes that life will return to normal. But at home, things only grow stranger. Caught between her grandmother’s wish to safeguard her happiness with marriage and her own desire for adventure, Aisha is pushed toward a match with a sweet local boy that she doesn’t want. Khadija Abdalla Bajaber’s debut is a magical realist coming-of-age tale told through the lens of the Swahili and diasporic Hadrami culture in Mombasa, Kenya.

After President Daniel Moi’s retirement in 2002, many were not surprised that Lee Njiru, the long serving Head of Presidential Press Service, as retained as his Press Secretary.

They had walked together through the highs and lows of his presidency. Earlier, Lee was among the few pressman Moi inherited from Mzee Jomo Kenyatta’s regime. He was loyal, passionate, and deliver on this challenging assignment.

The book, therefore, gives a rare glimpse of happenings in the corridors of power and illustrates efforts made to advance project Kenya.

5.  By the Sea by Abdulrazak Gurnah

By the winner of the 2021 Nobel Prize in Literature

On a late November afternoon Saleh Omar arrives at Gatwick Airport from Zanzibar, a far away island in the Indian Ocean. With him he has a small bag in which lies his most precious possession – a mahogany box containing incense. He used to own a furniture shop, have a house and be a husband and father. Now he is an asylum seeker from paradise; silence his only protection.

Meanwhile Latif Mahmud, someone intimately connected with Saleh’s past, lives quietly alone in his London flat. When Saleh and Latif meet in an English seaside town, a story is unraveled. It is a story of love and betrayal, seduction and possession, and of a people desperately trying to find stability amidst the maelstrom of their times.

6. Finding Me by Viola Davis

Finding Me is the deeply personal, brutally honest account of Viola’s inspiring life, from her coming of age in Rhode Island to her present-day career.

In this book, you will meet a little girl named Viola who ran from her past until she made a life-changing decision to stop running forever.

This is her story, from a crumbling apartment in Central Falls, Rhode Island, to the stage in New York City, and beyond. This is the path she took to finding her purpose and her strength, but also to finding her voice in a world that didn’t always see her.

Finding Me is a deep reflection on the past and a promise for the future.

7. The Path to Kaliech: The Outsize Story of William Odongo Omamo

The path to Kaliech are the memoirs of Dr. William Odongo Omamo, a member of the first generation of Kenyan African technocrats. In it, he describes his journey from the backwoods village of Kapiyo in 1928, to the heady positions of Cabinet Minister and senior government official in many different capacities beginning in the 1960s.

It will be of special interest to readers keen on Kenya’s transitions from a pre-industrial, pre-independence colony to an independent nation with a growing economy, but battling to reconcile its diverse political persuasions into a unified nation.

A majestic tale of colonialism and transformation, Patrice Nganang’s Mount Pleasant tells the astonishing story of the birth of modern Cameroon, a place subject to the whims of the French and the Germans, yet engaged in a cultural revolution.

In 1931, Sara is taken from her family and brought to Mount Pleasant as a gift for Sultan Njoya, a ruler cast into exile by French colonialists. Merely nine years old, she is on the verge of becoming the sultan’s 681st wife.

Seven decades later, a student returns home to Cameroon to learn about the place it once was, and she finds Sara, silent for years, ready to tell her story. But her serpentine tale, entangled by flawed memory and bursts of the imagination, reinvents history anew. The award-winning novelist Patrice Nganang’s Mount Pleasant is a lyrical resurrection of early-twentieth-century Cameroon and an elegy to the people swept up in the forces of colonization.

9.  The Fortune Men by Nadifa Mohamed

In Cardiff, Wales in 1952, Mahmood Mattan, a young Somali sailor, is accused of a crime he did not commit: the brutal killing of Violet Volacki, a shopkeeper from Tiger Bay. At first, Mahmood believes he can ignore the fingers pointing his way; he may be a gambler and a petty thief, but he is no murderer. He is a father of three, secure in his innocence and his belief in British justice.

But as the trial draws closer, his prospect for freedom dwindles. Now, Mahmood must stage a terrifying fight for his life, with all the chips stacked against him: a shoddy investigation, an inhumane legal system, and, most evidently, pervasive and deep-rooted racism at every step.

Under the shadow of the hangman’s noose, Mahmood begins to realize that even the truth may not be enough to save him. A haunting tale of miscarried justice, this book offers a chilling look at the dark corners of our humanity.

A woman who carries her fate and that of her community in her hair is beguiled by the deceptive designs of Europeans out to colonise her most prized possession. A man finds happiness in the reincarnation of a lost love. A young woman risks her life for freedom through the cultural practice of a human loan scheme.

Tales of sacrifice, love, freedom, self-discovery and loss fill the pages of this larger-than-life tapestry of stories from across Africa and its diaspora. Forged in a diversity of tempers and forms, these stories range from the epistolary to the experimental, from mysteries, noirs and political thrillers to speculative fiction and futurism, and much more. In prose that moves from visual and lyrical to gritty and visceral, these writers explore fate, memory, the fragility of love and the duplicitous nature of human interactions.