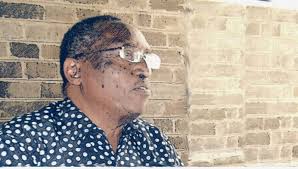 With the death of Henry Ole Kulet, Kenya has lost one of its most consistent and arguably the most decorated author based in Kenya. Ole Kulet is known for his novels that mainly revolve around the Maasai culture.

Older folk will remember him for his books Is it Possible?, To Become a Man,  Moran No More among others. For the younger generation, the book that easily comes to mind is Blossoms of the Savannah, which is currently a literature set book for Form Four students.

Ole Kulet, a soft-spoken, bespectacled man, was based in Nakuru town where he was engaged in business. Family sources indicate that the renowned writer breathed his last on Tuesday, at around midday, following a short illness. He was 75.

He wrotes chiefly about his Maasai community and their rich culture. “In a very real sense, Kulet’s novels… were narratives of the falling apart of the Maasai culture figured against the unrelenting thrust of modernity in post-colonial Kenya,” writes Goro Kamau, a Literature lecturer and award winning author.

His focus on his community has earned him a number of critics, who accuse him of not diversifying his repertoire. He however has his fair share of defenders, including Prof Egara Kabaji, who has compared Ole Kulet with Chinua Achebe.

“Comparatively, if Chinua Achebe brought the Igbo culture to the world, then ole Kulet did the same to the Maasai culture… His subject is culture and he writes about it with the sensitivity of a surgeon,” wrote Prof Kabaji in a local paper.

He received more praise from the late Prof Chris Wanjala, who wrote this about him: “Since the departure of Euro-Kenyan writers like Karen Blixen, Beryl Markham and Elspeth Huxley, no one has written on the Kenyan flora and fauna in the expressive manner in which H.R. ole Kulet has done.”

In writing about his community, close readers of Ole Kulet’s books will notice that he tackled themes that are close to and those that affect the community like the clash of modernity and age-old traditions. He also addresses themes like vanishing pasture land for their livestock, climate change, human wildlife conflicts, all which are pressing issues among the Maasai community.

Yet in all his writing, there has been one recurrent issue, that he has not shied away from, that of Female Genital Mutilation (FGM) and its twin early child marriages. This is a running theme is his book Blossoms of the Savannah, which won the Jomo Kenyatta Prize for Literature in 2009.

In the book revolves around the life of Ole Kaelo, who loses his job and relocates to the village try his hand at business. The father of two teenage daughters, Resian and Taiyo, finds himself in a stick situation, where he has to choose between losing his business and losing one of his daughters to a lecherous businessman, who wants her for a wife.

Ole Kaelo opts for the shameful route of giving out his daughter to the businessman for fear that the man will recall his debt which he used set up his business. As per Maasai culture, the poor girl must first undergo FGM in order to be considered a deserving bride.

Luckily she is rescued from the situation before she undergoes the cut. Not so lucky was the sister who underwent FGM, but was also saved from an early marriage. Blossoms of the Savannah has echoes of Ngugi wa Thiong’o’s The River Between, where two sisters are faced with an almost similar dilemma.

Two other books by Ole Kulet also won the Jomo Kenyatta Prize for Literature; they are Vanishing Herds (2013) and Elephant Dance in 2017.

In 2019, President Uhuru Kenyatta recognised his efforts and hnoured him the Elder of the Order of the Burning Spear (EBS) Award.

Unlike State honours in the recent past that have been bestowed on online busybodies and other assorted clowns, it is fair to say that Ole Kulet richly deserved the accolade.

When you consider that writing in Kenya – especially the fiction variety – is a labour of love, the you know that someone who started writing for close to 50 years, Ole Kulet was truly committed to writing.

Born in a pastoralist community, in Narok in 1946, it was the given thing that he would gravitate towards a career in ranch management and animal husbandry and was later employed by the defunct Kenya Farmers Association, where he rose to become a personnel manager.

Though actively employed the writing bug was stirring inside him and in 1972 he released his first book Is it Possible? It was shortly followed by To Become a Man. His other books include The Hunter, Moran No More and Daughter of Maa.

Most recently he has written Bandits of Kibi, Blossoms of the Savannah, Vanishing Herds, and The Elephant Dance.

As his writing career blossomed so did his fame and popularity. This however did go down well with some political actors, who felt that Ole Kulet’s rising profile would translate into him challenging them for political office.

He had to be ‘cut down to size’ and that explains why he prematurely left the civil service in 1988 at the age of 42. Ole Kulet told this writer in a past interview that his tribulations were brought about by a political operative who feared he would challenge his dominance in Narok.

It is every Kenyan writer’s dream that their book be selected as a school set book, mostly for the financial rewards that come with it. Ole Kulet is currently riding high with his book Blossoms of the Savannah, which is a mandatory secondary set book.

The book has also been an ‘A’ Level set book in Uganda, while Is it Possible was once a set book in Tanzania.

Burt Award: How to enter