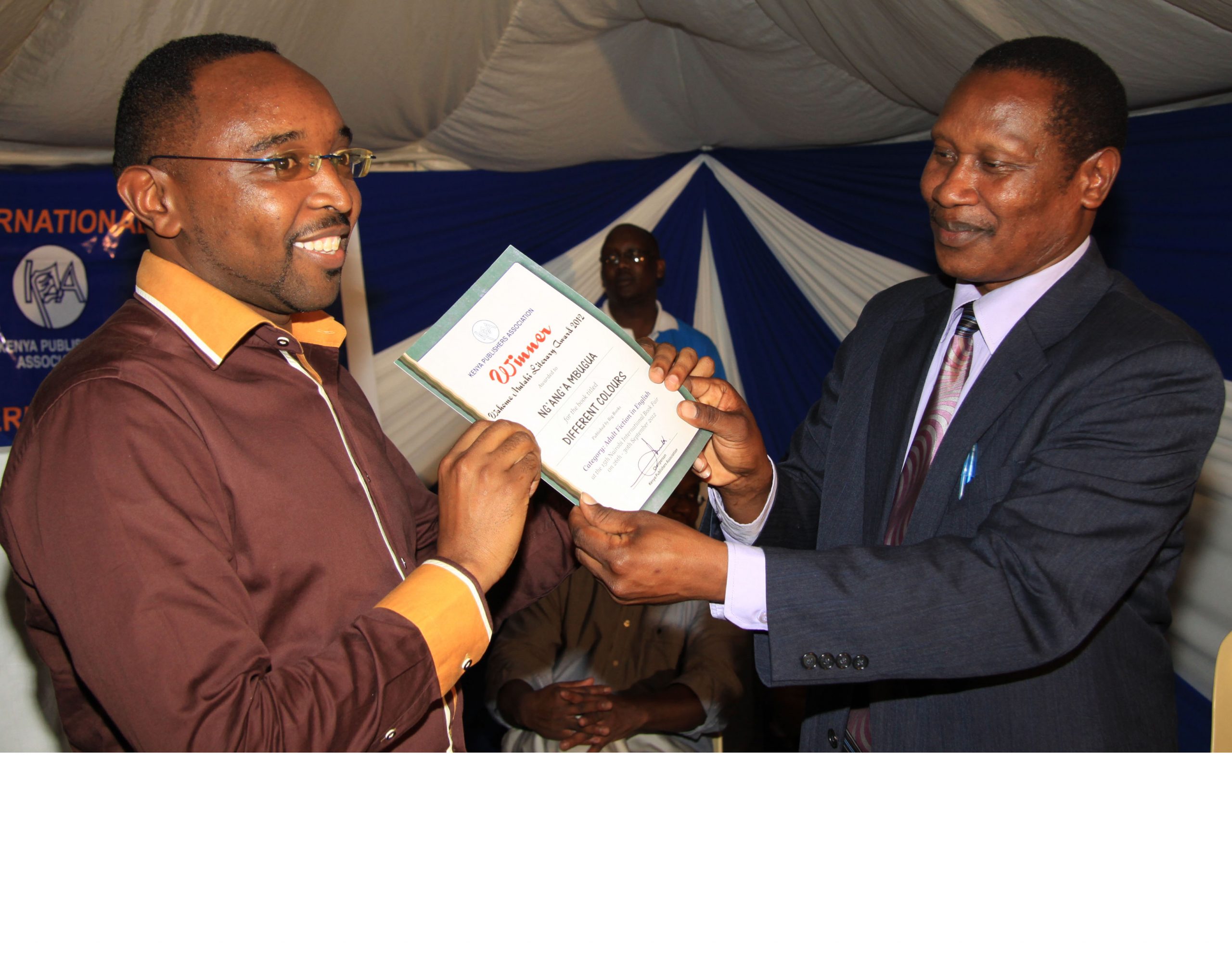 Nation journalist Ng’ang’a Mbugua, is this year’s Wahome Mutahi’s Literary Prize winner with his book Different Colours. This makes it two times in a row that he has won the prize.

In 2010, he won the same prize with his other book Terrorists of the Aberdare. Different Colours is published by Big Books. Ng’ang’a’s book beat a formidable competition from Dr Yusuf Dawood’s book Eye of the Storm (East African Educational Publishers) and David Mulwa’s book, We Come in Peace (Oxford University Press). Eye of the Storm won last year’s edition the Jomo Kenyatta Prize for Literature.

The Wahome Mutahi Literary Prize is held every two years in honour of the late humourist and novelist Wahome Mutahi of the Whispers column fame. It is organised by the Kenya Publishers Association and held at the end of the annual Nairobi International Book Fair, which was in its 15th edition.

Ng’ang’a Mbugua, who is the chief sub editor of Business Daily said that he was happy to have won the prize two times in a row saying that it was testament of the hard work he put into his writing.