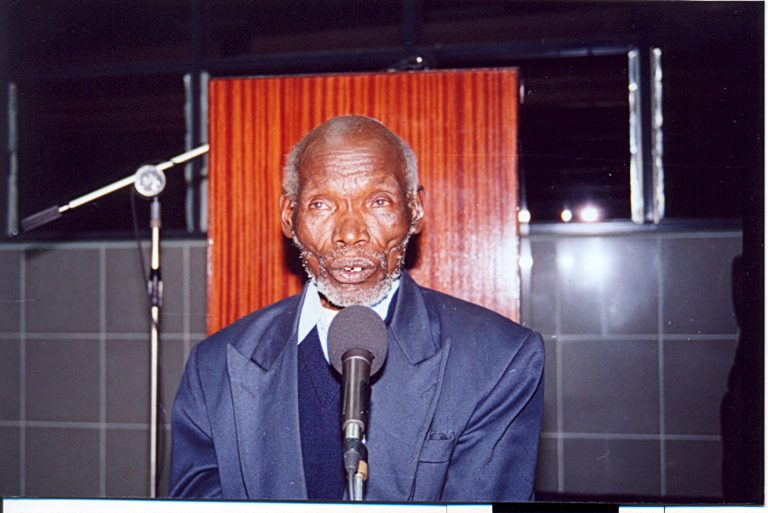 A tribute to Kimani Maruge

When Kimani Maruge burst into the public limelight, I thought it was a bad joke, a publicity stunt gone too far. Seriously, how could a man aged over 80 enrol in Standard One? Nevertheless, I followed his ‘educational career’ with detached interest.
Two years down the line the man was still at it. So the guy was serious after all? I was now asking myself. Slowly he was winning me over. And yes he had become a media superstar. Boy, did the media love Maruge? And he rarely disappointed. He always came up with soundbites, that TV people ran over and over again.
My most enduring image was of the old man with a blue (I am colour blind) blazer, with matching knee-length shorts. His socks were always pulled to the base of his knees. And below them was a pair canvas shoes popularly known as Bata Bullets.
Thus dressed, and with his ubiquitous cane Maruge would drag one heavy foot after the other on his way to school.
It did not take long before the folks at Guinness Book of Records took notice, and he promptly entered their books for the dogged way he sought to get educated. He became the world’s oldest pupil.
This man kept telling everyone who cared to listen that he went to school so that he would be able to read the Bible, and soon he was reading his favourite book.
It was worthy noting here that Maruge despite his advanced age wanted to learn how to read. His example put to shame many people who soon after they are through with formal schooling throw away their books. You’ve probably heard of infamous academic bonfires, where secondary school leavers pile all their books and set fire to them.
In their foolish thinking that is the end of them and reading. These are people who have been socialised to think that reading is a form of torture, that is only tolerated for the sake of sitting exams.
During the just concluded Storymoja Hay Festival I attended a session where Muthoni Garland, the managing director of Storymoja, told the story of a young woman who came looking for a job in her firm.
When Muthoni asked the young woman the last title she read a book, the young woman shamelessly told her that she no longer reads and she had now finished schooling! Muthoni says she was scandalised and rightly so. Here is a person who hopes to be employed in a publishing firm, and who does not read.
Well, that girl is in good company. There are quite a number of people who work in our publishing houses, who do not read. Don’t ask me how I know.
Back to Maruge. As a media star, his star never faded. He continued to attract media attention in almost everything he did. Such was his star power that the Kenya Publishers Association (KPA) invited him as a guest during the 2005 edition of the Jomo Kenyatta Prize for Literature awards at the Nairobi International Book Fair. 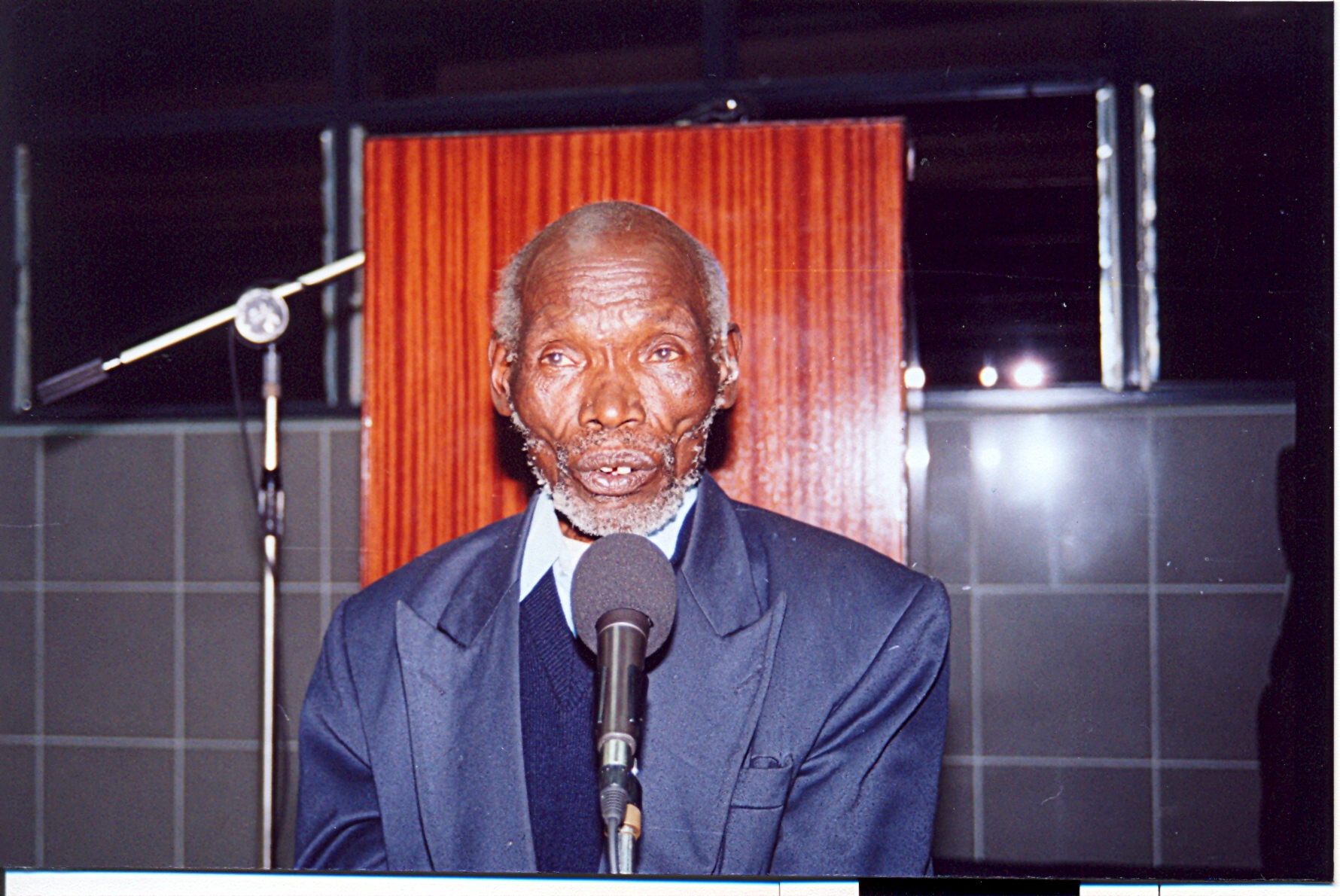 In his speech Maruge, then in Standard Five, counselled on the need to cultivate a healthy reading culture. He also took the opportunity to urge the youth against engaging in casual sex.
After that Maruge retreated to his quiet lifestyle in Kenya’s Rift Valley, where he continued with his studies. The next time I heard major news on him was after the post-election violence, where he was talking to the media from an Internally Displaced Persons’ (IDP) camp.
He had been ejected from his home for belonging to the ‘wrong tribe’.
And that is how he landed in a home for the aged, in Nairobi, from where he continued with his education. All this time, he pledged to pursue his education up to university level.
By now, Maruge was looking frail, and he spoke with difficulties, but still his star power was unmistakable. Everything he did attracted media attention.
This included his baptism ceremony at a Nairobi church. Meanwhile Hollywood was planning to shoot a major movie based on his life. Titled the First Grader, the movie unfortunately, could not be shot in Kenya as the relevant authorities levied exorbitant taxes on the moviemakers. South Africa gave them tax incentives they sought and that for the umpteenth time the South African country got to shoot a movie originally destined for Kenya.
I must mention here that I was involved, in a small way in scouting for a suitable person to play the part of Maruge, but that is a story for another day.
Maruge died on August 14, at the Chesire Home for the aged in Kariobangi North, where he was staying, from complications of stomach cancer. He was aged 89.
Fare thee well Maruge. You fought the good fight. I propose a literary award in honor of the old man. Any takers?